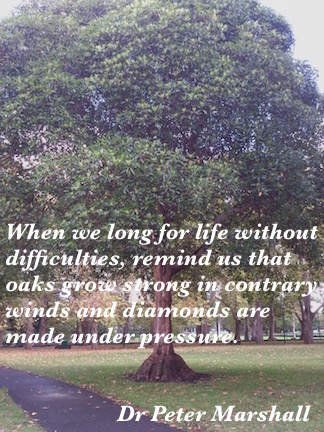 In a world of instant news, we seem to be inundated with horror, and as the well-known dictum suggests: Bad news travels fast.

A couple of days ago, I received an email with news I hadn’t yet heard. It was from my dear friend Tanja, who now lives in Italy.

‘Last night a crazy guy shot many persons in Munich. My children are all well. They live in the center of Munich. I feel very sad for this crazy world.’

I sighed with relief  while feeling tremendous sorrow and heartbreak for those who had suffered!

Since then, the number of dead and injured in Kabul has risen, there have been more incidents in Iraq, ongoing carnage in Syria, and fearful repercussions of what may or may not have been a well-organised coup in Turkey while the people still recover from suicide bomber attacks. And more shootings involving police and African-Americans in the USA.

I’ve mentioned before how privileged I feel to have the world of my writing and teaching to keep me sane and grounded in reality. A reality that there is only a small percentage of human beings committing these acts of terror and violence, but we must all work towards a solution to stop people feeling angry and disenfranchised, or forcing their view of the world on others.

Irresponsible political leaders and celebrities like American Donald Trump, Britain’s Nigel Farage and Australia’s Pauline Hanson peddling the politics of fear, ignorance, lies, and hate in the West and multiple groups and leaders fighting for power in the Middle East – the place we are led to believe is the origin of current acts of terror – can’t be allowed to define who we are.

There’s a presidential hopeful called Trump
From Australia, he looks quite a chump
He speaks in platitudes
With aggressive attitudes
Yet, his popularity is not in a slump!

So many seem to admire Donald Trump
Because ‘political correctness’ he’ll dump
But dissecting his words
Reveals policies absurd
If he wins ‘stop the world’ let me jump!

In Oz, we have a female version of Trump
Pauline Hanson is back with a thump
Fear she’ll expand
’All Muslims banned’
But ask for the logic, and she’s gazumped

Pauline’s no stranger to misinformation
Founding the ironically named ‘One Nation’
She nurtures division
With xenophobic precision
Be welcome as long as you’re not Asian! 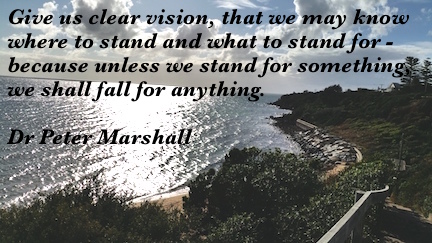 Study History and be Informed

If you have lived over six decades, like me,  you’ll remember the prolonged bombings, murders, and plane hijacks by nationalist groups such as the IRA, PLO, Spanish ETA, not to mention others with perhaps a broader agenda like the Red Brigade, Baader-Meinhof , American Weathermen, the Front de libération du Québec and too many guerrilla groups in South America and the African continent  to list. Who can forget Pol Pot, the Tiger Tamils, extremist groups in India, Pakistan, Indonesia and Burma, the plethora of groups involved in the Vietnam War, China’s Cultural Revolution, the Sarin Gas Subway attack in Japan … and the list goes on.

Google isn’t the only source of knowledge and shouldn’t be but it is a good start if you type in any of the above struggles, countries, or causes.

Turmoil and tempestuous times are not new but having instant access on our phone which we carry everywhere means we have difficulty escaping from whatever circulates on social media as well as mainstream news.

Bigger television sets with clearer satellite images and on the spot reporting beamed into our homes, every doctor, dentist or hospital waiting room, pub, shopping centre and anywhere else people gather, ensures 24-hour shock and horror with often limited context or facts. Creating and marketing fear second nature to some sections of the media.

This quote, also from the Rev.  Peter Marshall  was on a plaque above our mantelpiece when I was growing up. My parents shared a lot of the values of Peter Marshall, which was not surprising because they were Scottish Presbyterians before coming to Australia and joining what became the Uniting Church.

I was lucky to be brought up with what I consider good core values, particularly in regard to social justice and belief in equity and the priority of peace. My parents were Christians who acknowledged that others, as well as their own children, may not necessarily have the same views. They may not have celebrated our drift away from their religious practices, but they accepted it.

Dad spent his life studying and questioning the tenets of his Christian faith. He was a deep thinker and loved philosophical discussions.  I’ve inherited some of his books, including one about Comparative Religions, which he encouraged me to read when I was studying Eighteenth Century history in my final year of high school.

We listened to the Boyer Lectures on the ABC together and had great discussions on the wide-ranging  topics covered.  Dad read and listened to tapes by the Rev. William Barclay, who many considered preached heresy. He loved debating aspects of religion and church life and read and admired Paulo Freire. Sometimes discussions could be prolonged, passionate, even heated and sometimes ended with agreeing to disagree!

In today’s world, voices of religious fundamentalism of various persuasions and fanaticism want to dominate. We could do with more people like my father.  Dad enjoyed seeking and sharing knowledge, having a respectful debate, not only being tolerant but accepting different religious and spiritual beliefs.

The world does seem crazy, so I focus on the wellbeing of family and friends, celebrate birthdays and achievements, share coffee catch-ups with past students and close friends, enjoy the seasonal changes of my garden.

I throw myself into the various volunteer events I enjoy. (Next weekend is Open House Melbourne.) I’m glad the discussions and laughter shared in writing classes are meaningful, life-affirming and a source of joy – and we all love the writing time.

My Five Memorable Experiences This Past Week To Keep Me Singing and Wondering: 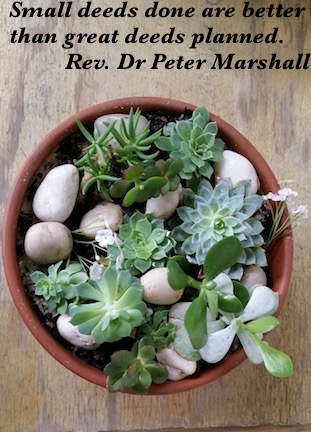 2. I prepare a book for publication by a beautiful woman who has helped many people find peace in meditation and yoga. She wants to leave a legacy of her life’s journey, which is a triumph of survival against barriers, cancer, and other life events that would have defeated others. Julie Wentworth’s, A Life Shared will be as treasured as her first book, Love & Light.

3. I attend two consumer focus groups with people like myself determined to make our health system the best it can be.

(a) One to help the Cancer Council’s  Quit Campaign improve its approach and be more effective and advise on the language used on their website.

(b) One to improve quality and safety in our hospitals with the Department of Health and Human Services (DHHS) Quality and Safety Framework Consumer Focus Group at the Health Issues Centre.

4. I spend a Saturday afternoon with Karen Corbett one of the best theatre/drama teachers in the business learning to improve my play-writing skills to submit a monologue to Baggage Productions annual Madwomen’s Monologues. Shortlisted two years ago I will keep trying in the hope my work is performed.

5. Two long-standing writing buddies and dear friends help me workshop a novel started in 2008 (!), abandoned when I was diagnosed with cancer –  but now ready to be resurrected. I am so blessed having valued critics with amazing writing talent. When the three of us get together we have a lot of fun as well as work hard  workshopping our words.

I hope after reading this post people can count their blessings and perhaps create a list too! A great buffer against negativity.

7 thoughts on “Resisting The Fear of Terror, Trump and Tempestuous Times”