It is holiday time and I relaxed at the movies with my youngest daughter Mary Jane and two longtime friends and writing buddies, Barbara and Maureen.

‘Three generations watching Suffragette,‘ said MJ, ‘coffee afterwards should be interesting.’ And it was!

MJ is 26, I’m 62, Barbara 78, and Maureen almost 80. Four women with varying degrees of knowledge about the ‘first wave of feminism’. Four women who have experienced very different lives and education. Women who have lived through legislative changes towards gender equality, and some profound changes in attitude.

Maureen and Barbara can remember WW2 and along with me, experienced restrictions and unfairness because of our gender. I joined Women’s Liberation in the 70s.

And of course, with today’s newspaper headlines, MJ can quite rightly ask, ‘How far have we really come?’

We wanted to come away from the movie feeling empowered and uplifted, although under no illusions that the struggle for equality and respect continues in 2016.

Instead, we left the cinema angry, sad, and with a list of disappointments about aspects of the script, the choice and performance of actors, and a storyline that tried to cover too many topics, too frugally.

Was Meryl Streep chosen to play Emmeline Pankhurst to attract funding? Her cameo role came across as wooden, the dialogue bland rhetoric and any personality buried under too many layers of period costume.

Criticisms aside, I hope people see the film, think about the issues raised, have conversations and initiate discussions – especially with fathers, husbands, brothers, sons and daughters.

Unless you deliberately seek information about the suffragettes, they receive a glance in history classes at school or are ignored altogether. Many universities no longer support Women’s Studies.

However, I’m at a loss as to what audience the film hoped for, because if it was to educate men (and new generations of women), I think it will fail to attract bums on seats.

If it is ‘preaching to the converted’ it disappoints.

If it is aimed at all women, or the general public, they should have placed more emphasis on success and focused on inspiration and the political journey.

At the end of the film’s action,  a scrolled list of various (not all) countries and the dates when women were allowed to vote is a lost opportunity. The list is not put into any sort of context to make it memorable. (A headline from a newspaper, or file footage of the achievement and public reaction against the dates would have been nice.)

Many women already know why the women’s movement developed and will go to see the movie to learn the history. They’ll seek a reason to celebrate, be entertained, empowered – there are so many women who were amazing at that time. Why the story had to be told through the life of a fictional character seems strange.

I was looking forward to a film celebrating the first wave of feminism and hoped for something as inspiring as Pride. When that movie ended in the Kino Cinema there was spontaneous applause. The audience walked out of the cinema emotionally engaged, aware we had experienced something special;we  better understood and appreciated an important historical struggle, saw the best and worst of the human spirit.

I wanted that feeling after Suffragette. The courage and vision of those women not only gave me rights I enjoy today, but the inspiration and impetus to join the Women’s Liberation Movement when I started university in 1971.

I’ve been committed to telling and promoting herstory for years through my community involvement, my parenting, my writing, teaching, and social activism. All the issues raised in the film, including the right to vote (and why many women don’t) and wage inequality are still relevant today.

Meanwhile, domestic violence, especially the murder of women in the family home, a place where they should feel the safest, is the subject of a Royal Commission here in Victoria to grab people’s attention and effect real change.

Unfortunately, Suffragette is bleak and the sacrifices and gains the women made buried in a script that tries to do too much and tell too many important stories without giving detailed justice to most of them.

Why a fictional character when any number of women’s life story could have been told to make the same points?

In the film, Maud Watts (Carey Mulligan) becomes a suffragette, not so much by choice but by a series of accidents: she gets caught up in a direct action campaign of window-smashing, is approached by a fellow worker who cajoles her to attend a meeting.

Suddenly, from a reluctant convert begged to join, she’s blowing up mailboxes and Lloyd George’s country manor. Instant radicalisation and a speedy character arc that leaves a lot of unanswered questions about personal growth and why such violence.

Suffragette is clear about the power of men and entrenched patriarchy – from the deviousness and duplicity of politicians and police, to the tyranny of husbands and employers, but it introduces subjects like sexual abuse and exploitation, domestic violence and the abrogation of women’s rights over their own children, money and property – huge social topics – depicted briefly and focused on a handful of women as if they are the movement.

An empowered Maud rescues a young girl from the clutches of an employer who also abused Maud from twelve years old. She fought for this girl’s rights, but apart from a crying tantrum she lets a couple take her son after her husband puts him up for adoption because he can’t cope as a single parent.

The scene included to expose the lack of a mother’s rights but was a storyline that deserved longer exploration and didn’t gel with Maud’s feisty character.

Where was the sisterhood? The band of guerrillas Maud joined, would surely have stepped in. These were women prepared to damage property, suffer indignities in prison including barbaric force-feeding (the physical consequences down played in the movie).

If they couldn’t stop the adoption, they’d have encouraged her to kidnap the boy or at least make a public fight for her rights. Some of those women had money as well as influential husbands, who were not all anti suffragette.

Check out the Changeling, a movie on the profound power of a mother’s love, set in 1928 LA and based on a true story of single mother Christine Collins. A movie that tackles a host of social and political issues but never loses sight of the determination of a mother to get her son back. Ironically, 1928 is the year some British women get the vote – years behind the empire’s  ex-colonies.

This is another point of contention. There is not even a mention of the advances in other countries, no mention of our Australian hero Vida Goldstein, and no exploration of why British women had to resort to violence when Australia achieved voting rights with the help of the Women’s Suffrage Petition.

It wasn’t a documentary, but what exactly was the film when a key suffragette like Pankhurst is almost airbrushed out.

Suffragette emphasises at the beginning how devoted Maud is to Georgie, he’s her only son, she adores him. Why would she not put the same effort and commitment fighting for him as she does to the suffragette cause? The Maud they created in this film would explore every avenue, would demand the others help.

Edith Ellyn (played brilliantly by Helen Bonham Carter), a radical activist, based on the real-life suffragette Edith Garrod, and her supportive and committed husband would surely have helped Maud. (There is a brief mention that Edith’s husband went to prison twice for the cause and he plays an active albeit almost silent part!)

In fact, Georgie and Maud are too clean and well-dressed for the average worker in 1912 living in the squalid housing around the industrial factories of London. the opening scenes show the drudgery and relentless labouring required in places ignoring basic health and safety guidelines.

Another niggling point is when Georgie has a cough and is taken to Edith and her pharmacist husband for examination and free medicine. Given some barley sugar he doesn’t say thank you. Maud would have admonished his lack of manners. I mean this is a boy whose father makes him salute and thank the King’s picture every night.  The class system in Britain ingrained politeness and courtesy towards ‘your betters.’

Another minor irritant was Maud’s husband accusing her of wanting champagne on a beer budget… really? Doubt if that was a common expression among laundry workers in 1912 – he’d more likely berate her for trying to copy her ‘posh’ friends.

Perhaps the biggest failing in the film is not offering some joy.

I know the times were bleak for women, but I also know when a group of women with a common cause get together, we laugh, we dance, we take the mickey – and committed activists look after each other. They would not have Maud sleeping in a disused church if she is one of the inner circle.

Where were the fun scenes reliving successful operations? The frenetic scenes preparing banners, making the sashes and placards – some visual relief from the drabness and oppression?

I have happy treasured memories of Women’s Liberation meetings, Union of Australian Women events and International Women’s Day celebrations and marches. Despite  critics  wanting to portray feminists as dour, frigid and bitter, the term sisterhood is powerful has a different connotation for most women.

There could also have been more use of actual footage of the times for impact if the film was deftly edited like Selma. The actual footage used at the end of Suffragette is powerful and it shows the movement was a lot bigger than what the film suggested, but achieving the goal of the vote is years away.

In Suffragette, one scene comes close to showing camaraderie of sisterhood – when two of the characters (Violet and Maud) find a room to rent after a distraught Maud is locked out of home by her husband. The women sit on the ‘bed of nails’, which collapses accompanied by their giggles and laughter.

Women are adept at laughing in the face of adversity – gallows humour if you like – similar to soldiers under fire. The film lacked that important essence to take us on an emotional roller coaster – the audience needed to feel the ardour of these women, breathe their fire, be touched by their soul and sadness, but also their laughter, love, humanity and the solidarity that gave them the courage and spark to continue.

Two scenes stand out – a riot revealing the brutality of the police and onlookers and the tense scene where Emily Wilding Davison stepped out in front of the King’s horse. The film suggests it was deliberate suicide, yet this is debatable, especially when you look at archived footage.

Personally, I’d love a film to be made on the life of Emily, beginning with that horrific media grabbing action and then showing her journey. How and why she became a suffragette. And why so few people actually know or care about her life, preferring to define her by that one action.

We need to inspire more women and men to question how far we have come and the structural changes needed for equality and basic human rights. 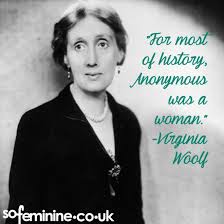