Day Ten – Have you picked up a pen?

Once upon a time, the first stories we learned were fairytales read or told to us, by our parents or grandparents.

Many people will only know the Disney version of the tales but now you have some time to read, try researching some of the original fairytales and gathering ideas to write your own!

The most famous collection is the folklore gathered by the Brothers Grimm (and yes the jokes made about their German name are true because some of the tales are grim!).

Read the original Snow White and the Seven Dwarfs, Rumpelstiltskin, The Pied Piper of Hamelin, Hansel and Gretel, Rapunzel and The Elves and the Shoemaker.

I waited until my daughters were teenagers and interested in knowing the origins of many Disneyfied tales before buying them The Complete Fairy Tales. 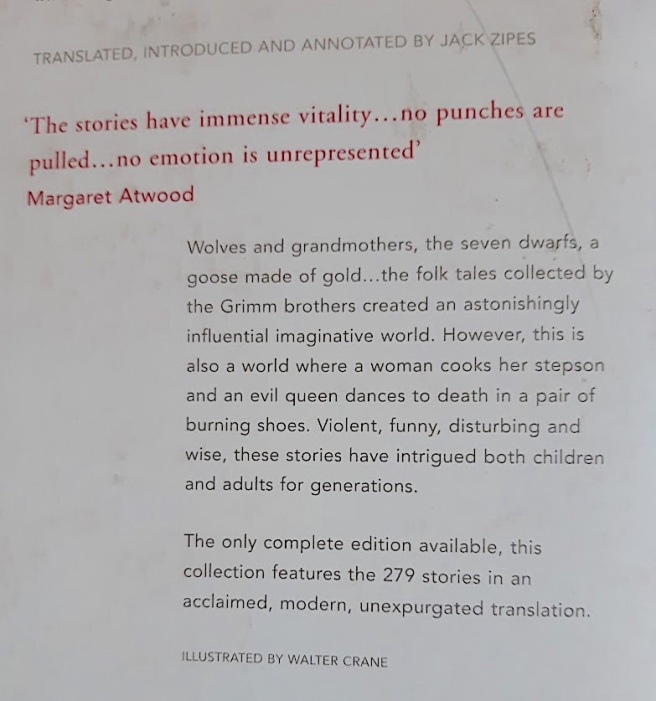 However, Charles Perrault also wrote fairytales based on old French folk tales (thank him for Little Red Riding Hood, Sleeping Beauty and Puss in Boots) and Hans Christian Andersen did something similar before writing original stories. (You may know The Little Mermaid, The Little Match Girl, Thumbelina, The Ugly Duckling, and The Princess and the Pea amongst others.)

Much of the writings of these literary figures is still read today or adapted for short stories, novels, poetry and film.

Fairy tales continue to inspire writers, with new versions appearing each year,  in print, film and television. Some adaptations are aimed at children, but many are made for adults and focus on the genre’s dark roots.

Some of my popular lessons are based around rewriting fairytales and examining why they are so popular – even among today’s technologically savvy kids – and working out what we can learn about the tools involved in the craft of writing such as structure, theme, plot, characterisation and setting.

What can we learn from fairytales regarding story structure and character development? 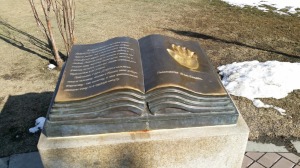 Let’s deconstruct the well-known tale of Goldilocks and the Three Bears. This tale, like Jack and the Beanstalk, is a British fairy tale.

What are the aims and obstacles the main character has to overcome? 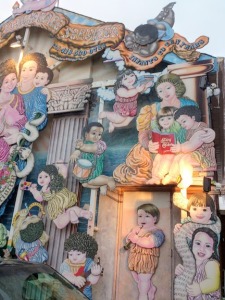 Most folk tales and fairy tales started off as oral stories told around campfires, kitchen tables or at bedtime in the years when the general population couldn’t read or write.

Many were cautionary tales with a strong moral tone influenced by society’s power structures to instil cultural norms dictated by the aristocracy and religious rulers.

They are populated with people who are evil (sometimes not even human), bad or just stupid.  Inevitably,  good triumphs over evil, the bad learn to behave or are punished and often the stupid learn to be wise.

The religious overtones are obvious and reflect the power of the church. A lot of  the fairy tales teach a version of the lesson ‘be careful who you make deals or bargains with,’ probably a reference to the Faustian ‘making deals with the devil.’

There are the all-important conflict and obstacles to overcome and the character transformation required to satisfy creative writing norms, plus the invariable ‘happy ending’, or promise of hope most readers expect.

Goldilocks and The Three Bears message, apart from warning of the dangers of ‘the woods’ (a common trope and setting for fairytales) is teaching respect for the property of others and the importance of manners. I did say it had British origins:)

The Importance of Storytelling 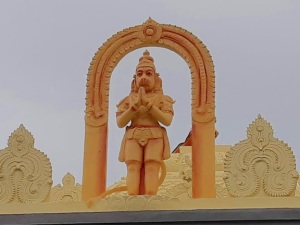 2. Stories help us make sense of the world around us by explaining natural phenomena. Aboriginal Dreamtime stories are an amazing must-read.

The setting is an important part of any fairy tale. The tone of the story is set in the way the setting is described.

As mentioned, many fairytales are set in forests or the woods – they often appear dark, unfriendly places. Places that hide goblins, trolls, wolves, witches, wicked queens or hags and huntsmen.

Then it may move to a castle or palace. There is always a contrast between grandeur and simple cottages and/or impoverished villages.

Anything can happen in the land of make-believe, it is a magical place.

Usually, a hero emerges to save the day, there is often a damsel in distress to be rescued and loved, and creatures can be friendly or unfriendly.

(Is this why our PM, Scotty from Marketing devised three-word slogans?)

Fear, violence, anger and treachery are always overcome by courage, love and cleverness.

Story idea: – Lost in the Woods

You can try writing a fractured fairytale – taking the bones of a well-known tale/myth and using your imagination put your own interpretation on it.

Or take the structure and elements of fairytales and apply them to one of these stories:

Your character goes for a walk in the woods and loses his/her way. After many hours of wandering through the trees, s/he comes upon (choose a scenario) …

What else might your character find in the woods …

Stories based on fairytales are popular in pop culture and among those interested in cosplay – I found that out when I went to Comi-con with my daughter – check out the photos here – you may get inspiration for character descriptions.

Rewrite a Fairytale For a News Article

Here’s my take on Goldilocks –

Goldie Locks of Primrose Cottage had a narrow escape in the woods today. She was chased by three bears, who have taken up residence for winter. However, if Goldie had obeyed her mother and played in the garden, the escapade could have been avoided. Instead, she explored the woods alone.

‘When I heard my mother’s voice, I cried with relief,’ said Miss Locks.

‘Yes,’ confirmed her mother, ‘she was pale and breathless and threw herself into my arms. It was some time before I got the story out of her.’

And what a story it is, readers.

The police interviewed the three bears and have decided not to lay charges. It seems Miss Locks entered Bear Cottage without permission. She not only stole food but caused criminal damage.

A distraught Baby Bear sacrificed his breakfast to Goldie Locks’ greed. She broke his favourite chair and left grass stains on his quilt when she fell asleep on his bed with dirty shoes.

The police appreciate not being tied up with the paperwork a case like this generates. They have also agreed to mediate a conference between the Locks and the Bears to facilitate friendly neighbourhood relations.

‘After all,’ said Papa Bear, ‘we all must share the woods. 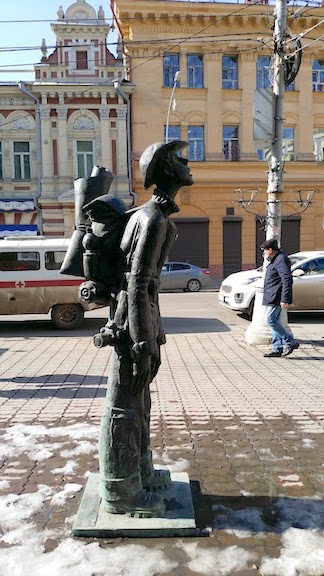 Traveller’s tales can be adapted into fairytales – imagine what this backpacker is thinking as he stands in the centre of a strange city – who will he meet? What customs will he have to learn? Will he have to do something before being allowed to leave? Will he meet someone special and decide to stay?

Fractured fairytales use the tales you know and change one, some or all of the characters, setting, points of view or plots. Eg The Wolf who Cried …

CINDERELLA – If The Shoe Fits Wear It

Thousands of single ladies flock to a ball dressed to impress. One wore a glass slipper…

JACK & THE BEANSTALK – Young Boy and His Mother Strike it Lucky

RUMPELSTILTSKIN – Clever People Come in Small Packages – Or Do They?

What about a modern twist to: