When I first began teaching creative writing it was a volunteer in my children’s schools. A steep learning curve for me as well as for them!

But it did encourage me to do more with my desire to write including a return to university aged 57, to achieve a Masters in Writing.

The early experiences in schools and community groups inspired me to become qualified to teach in Neighbourhood Houses. I have been privileged to be with and help other passionate writers for over 20 years.

A wonderful journey, exploring the power of words and learning new ways to express feelings, observations, and thoughts – playing with genre and form and having fun with the flexibility of the English language.

And So I Discovered The Cinquain!

Although this form appears simple, it isn’t necessarily easy to write well, or with the subtlety or nuance, many people expect from poetry.

However, it is a good starting point for anyone intimidated by ‘Poetry’ – perhaps harbouring feelings of inadequacy (or nursing a dislike) – because of what or how they learned at school.

Form poetry like the limerick and haiku provides a useful framework for the inexperienced writer to experiment with words and experience some early success.

It doesn’t matter if the lines don’t have exactly the right number of syllables – what is important is that the writer has created a word picture and has had access to a framework for support.

I use pictures for inspiration, making it even easier! Another way of recording memories…

The traditional cinquain may be based on a syllable count but modern cinquains use a formula of word type.

It can even work for personal stories, themes or special days like Mother’s Day!

If you Google “what is a cinquain” it will say:

A cinquain is a five-line poem that was invented by Adelaide Crapsey. She was an American poet who took her inspiration from Japanese haiku and tanka.

A collection of poems, titled Verse, was published in 1915 and included 28 cinquains.

Following the invention of this form, Crapsey made changes and included a certain number of syllables per line. The most popular form I mentioned above of 2, 4, 6, 8 and 2 syllables.

Even though iambic feet were typically used in these cinquains, it was not a requirement of the structure.

Adelaide Crapsey did not invent the five-line poem. The Sicilian quintain, the English quintain, the Spanish quintella, the Japanese tanka, and the French cinquain all predate hers. What she did invent, however, is a distinct American version of the five-line poem. Inspired by Japanese haiku and tanka and based on her advanced knowledge of metrics, she believed her form “to be the shortest and simplest possible in English verse…

Her interest in Japanese poetry has also led some critics to link her to the Imagist movement that became popular shortly after she died and was led by the likes of Ezra Pound, H. D., and Amy Lowell.

Louis Untermeyer, editor for many years of Modern American Poetry, for example, called her “an unconscious Imagist.” Although her untimely death precluded any chance for her to collaborate with these poets, Crapsey was undoubtedly influenced by some of the same factors that fomented their movement including a desire to pull back from some of the excesses of the Georgian poets. Like Crapsey’s cinquains, Imagist poetry is characterized by the precise use of imagery and economy of language…

Although modeled after Eastern forms such as the haiku and tanka which are almost never titled, Crapsey titled all of her cinquains. Furthermore, her titles were not casual but usually functioned as active “sixth lines” which conveyed important meaning to the poem

Although it was likely a matter of fashion rather than a meaningful poetic decision, Crapsey used initial capitalization exclusively for each of the cinquain’s five lines.

Aaron quite rightly asks – How could the Crapsey cinquain be the American cinquain when no one is writing cinquains in a way that is consistent with the formula she established?

The form has devolved into something much simpler: a verse of a 2 / 4 / 6 / 8 / 2 syllabic structure or a simple form based on word type, ‘an exercise in metrics regardless of meaning“.

The term cinquain is also used for any five-line stanza, along with quintain, quintet, and pentastich.

a cinquain (although the term is now usually applied to a stanza developed by Adelaide Crapsey),

a quintet (although the term suggests a musical ensemble), or

a pentastich (especially if the stanza is unrhymed). Various rhymed schemes are possible.

Examples are given of aabab, ababa, ababb and a reminder that the limerick is a quintain!

IMAGISM – a poetic movement invented by Ezra Pound around 1909 and intended as an antidote to the rhetorical excesses of Victorian poetry and the pastoral complacency of Georgian verse.
Pound, along with Hilda Dolittle and Richard Aldington announced three principles:
1. Direct treatment of the ‘thing’ whether subjective or objective
2. To use absolutely no word that does not contribute to the presentation
3. As regarding rhythm: to compose in the sequence of the musical phrase, not in sequence of a metronome.

Imagist poems strongly influenced by haiku and other eastern verse, were short, written in free verse, and presented images without comment or explanation.

Amy Lowell later led the movement, which expired near the end of WW1

In her own cinquains, Crapsey allowed herself to add or subtract a syllable from any given line. (That’s what is great about making the rules – you can break them!)

Niagara
Seen on a night in November

How frail
above the bulk
of crashing water hangs,
Autumnal, evanescent, wan,
The moon.

Look up…
From bleakening hills
Blows down the light, first breath
Of wintry wind…look up, and scent
The snow! 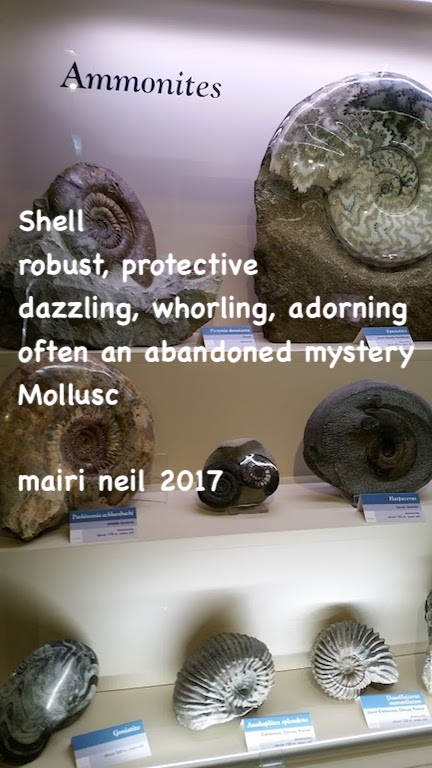 At the most basic level, a cinquain is a five line poem or stanza.  The poem has one topic and the details describe the topic’s actions and feelings.

A Cinquain can be written about any topic, unlike traditional haiku which focuses on nature or seasons.

Choose any of the methods mentioned above – or follow Adelaide Crapsey’s style – and perhaps create a book of verse of memories, travel experiences, observations of daily life… most importantly just ‘have a go’… you’re a poet and didn’t know it!

Share a memory, make a statement, express yourself in a simple stanza…