Although it is difficult to make headlines or initiate a public discussion about anything other than the global pandemic or Trump and his supporters’ refusal to accept the results of the USA Election, Greta Thunberg who just turned 18, has reminded us global warming is still happening with devastating consequences.

For those who have never seen the movie Groundhog Day, perhaps take a few minutes to Google,  or accept the explanation below…

Based on the movie Groundhog Day starring Bill Murray. It is the idea that every action that one makes; the rewards and consequences of those actions are not followed through the next day. If someone were to make a big choice, commit a crime, offend someone, make a mistake, or meet someone throughout a period of a regular 24 hour day, those rewards and consequences for all of those actions are not carried through the next day. It is all forgotten. In other words, it’s like yesterday never happened. Therefore this pattern can keep on repeating for an unknown amount of time.

I’ve known about the dangers of the Greenhouse effect, global warming, climate change – call it what you will – all my adult life and yet each year the public discussion seems to be the same. I’m with Greta – why aren’t we woke yet?!

A Member of the Victorian Parliament Warned about Climate Change in 1990!

Here is an extract from the Gazette the Victorian MP Jean McLean used to deliver to her constituents.

Before social media, many members of parliament made an effort to keep the electors informed via regular newsletters. Jean McLean was especially interested in the environment and social justice issues – climate change most certainly an environmental AND social justice concern.

(It was time-consuming to get the message out with the tools of typing, Gestetner printing or photocopying, hand stapling and enveloping, even before relying on Aussie Post or volunteers like me to distribute, but I am so glad Jean did! )

Currently, we are in the midst of a pandemic with a coronavirus never seen before and mutating at an alarming rate.  My recent diagnosis of melanoma (and I know many others in my circle of friends who have had skin cancers) proves the scientists’ predictions tragically spot on!

Pollute And  Perish – a Catchcry of the 70s

Environmentalists and conservationists have been warning about global warming since April 22, 1970, when the first Earth Day was held in the USA and scientists coined the term Greenhouse Effect. They forecast the Earth’s future in doubt because air pollution was warming the planet – pollution primarily caused by the burning of fossil fuels.

In the 80s the anti-uranium movement gained momentum against those seeking nuclear power because of the Chernobyl disaster, a place still contaminated 35 years later. It wasn’t the first but is perhaps the worst nuclear power station disaster,  yet some people still suggest nuclear power as an alternative energy source.

Since the 70s, environmental activists usually lumped in with  ‘the Left’,  disbelieved and vilified, shrugged off with contempt as ‘greenies’ and ‘tree huggers’.  Although social media favours ‘snowflakes’ and ‘leftards’ and other generic insults to cover numerous issues, not just the perceived ‘hoax‘ of climate change!

Climate messengers have expanded, from both sides of the political divide and even in the corporate sector. They admit climate change is real and we are experiencing dire human and economic consequences by ignoring the science.

Natural disasters on the rise mean the tragedy of global warming can’t be ignored, but we shouldn’t forget many of our current political and corporate leaders have always KNOWN!

Ignorance and lack of action a choice we really can’t afford now:

This time last year I was at home watching news of bushfires ravaging Victoria and NSW and making pouches for rescued wildlife.

Friends in the USA and Canada have shared the devastation of the 2020 fires in California that compounded the grief of coronavirus suffering.

Since the global pandemic struck, I have increased email correspondence to friends overseas or locals keeping social distance because of lockdown. Often the discussion is about the future and we recognise the existential threat of global warming. It may be off the front pages of newspapers but not forgotten by the people living with the memory of last summer’s fires in both hemispheres.

Shirly is 88, and a dear friend in England who is married to a cousin of my husband’s, and like many living in the UK, she copes with what she describes as a world ‘in a mess… it’s as if Margaret Atwood wrote the year we’re living.  Dystopian.‘

On January 4th she wrote
Yesterday, quite accidentally, I turned the news channel on and your PM was extolling the joys of coal and the fact that this was Australia, not some little country dependant on Europe or America.
We can do what we like. We have coal and we’ll use coal.
He said it as though he was giving the people an enormously good piece of news. As though global warming had nothing to do with your country.   I couldn’t believe my ears.
But there are so many non- believers, we shouldn’t be surprised…

How right she is and the many reports about climate change updated because of another year’s data prompted others in Australia to remind the population of  PM Morrison’s pathetic position: 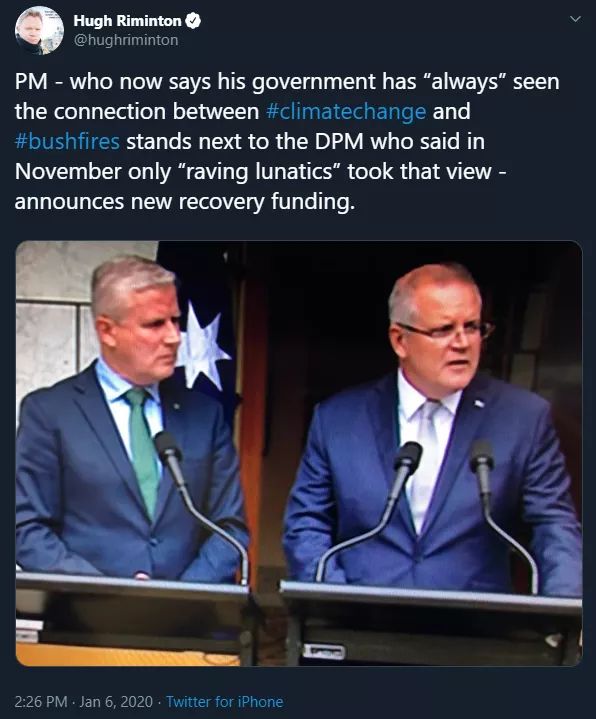 I published a version of this poem in 2019 appealing to the then PM, Malcolm Turnbull. The appeal is still the same, although the PM, date, and increasingly worrying data have changed, plus we have the new ill-informed Deputy Prime Minister in the mix.

Easy actions many of us can take is to care and plant more trees, become a dendrophile. Also reduce, reuse and recycle,  and start conversations with friends and neighbours to lobby local councillors and politicians about the importance of renewable energy and government policies that help create a sustainable environment.

Most importantly, we can use our voice and our vote. This year there will be a Federal election in Australia, we must make sure climate change is addressed.

Never doubt that a small group of thoughtful, committed citizens can change the world; indeed, it is the only thing that ever has.

2 thoughts on “In 2021, the Earth can’t risk the Groundhog Day Effect”