Last week, I sat in a cafe in Bentleigh near the railway station, pen in hand scribbling away while enjoying coffee and cake.

I’d finished class but had some time to kill before joining an Intergenerational Project within the City of Kingston.

I often use time like this to either wind down by reflecting and writing or observe and write – as I tell my students to do – never miss an opportunity to gather material for stories and poems!

It had been a memorable day. The first real hint of spring warmth in the air and I informed my boss of my intention to retire from Godfrey Street at the end of the year. I’ve decided to apply for the aged pension and ‘retire’ from most paid work.

Instead of teaching and travelling between neighbourhood houses, I will only teach at Chelsea – and not until second term 2019 – giving myself a transitioning period to work out how to stay connected with community, teaching, writers and the craft of storytelling I love.

Sitting and sipping coffee brought relaxation and a sense of relief – I’d made a decision I’d been avoiding although discussed aloud with family and close friends.

The times and life definitely a’changing!

It has been a long winter – everybody I meet says so and I have to agree, so how wonderful to feel the warmth of the sun – it energised me to be more positive.

Sunshine makes you feel better and brightens the day, especially if you work indoors like me – and so much of writing is expressing inner thoughts, delving into dreams, fears and phobias along with fantasies, imaginings and ideas… classrooms become incubators and separated from ‘outside’.

A breath of fresh air does wonders in more ways than one and I always appreciate walking or using public transport to stay grounded in reality. Having breathing space before and after work and on a sunny day, the walk a senses overload.

Albert Street to Mordialloc Station at this time of year reveals blossoming trees and flowers blooming in various gardens, including my own.

The magpie trill competes with noisy minors, and the wattlebirds have returned to caw loudly while clawing back their territory as the grevillea and bottlebrush bud. The air is perfumed with apple and plum trees along with camellias and the perennial geraniums.

The garden at the community house in Bentleigh tended by volunteers and is delightful in spring. 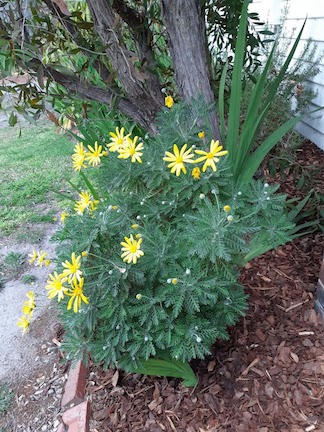 The walk from Bentleigh Station up Centre Road to Godfrey street perfumed with a variety of eateries and a more pleasant stroll after State Government and Glen Eira Council’s efforts to beautify the shopping strip ‘back to normal’ after the upheaval of the level crossing removal.

If I hadn’t taken pictures and documented that massive infrastructure project memories would fade as to how it looked. 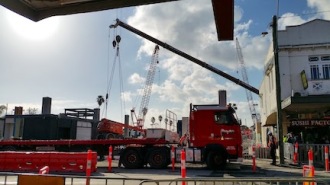 That’s what I love about my Life Stories & Legacies class – in fact, all my classes where people write their recollections. So many different perspectives and experiences.

Trish, a student in my Mordialloc class several years ago recalled a memory about Bentleigh when I gave an exercise about a milestone most of us are eager to celebrate:

‘What do you remember from childhood when you reached double figures?’

On my birthday, the day was sunny – good things happen on sunny days, especially if a Sunday. We lived in Richmond and I was told we were moving to the country. I felt happy and excited because there would be cows and horses. We climbed in the family Buick and drove off to Bentleigh – that was ‘the country’ in the 1940s. It seemed a long drive with outer suburbs just developing and no traffic worries. The house was unfinished and surrounding paddocks our playground. Horses from Mentone intruded into the paddocks sometimes and I was scared of being trampled.

The lady at end of the road had a cow and chickens and I remember the taste of frothy warm milk straight from her cow. Francesco street was where we lived and Mrs White our only next-door neighbour. There were vegetables growing nearby and goods were delivered by horse and cart so plenty of manure available for growing. Whenever I smell the pungent aroma of horse manure, I remember moving to live in Bentleigh when I was ten years old.

There will always be critics of development and change (there are some I don’t like) however, Premier Daniel Andrews’ legacy of upgrading, building and planning much-needed infrastructure for our public transport system is amazing and long overdue. Hats off to the engineers and workers who carried out the vision. 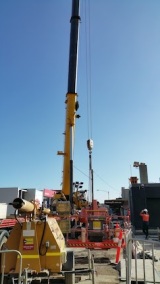 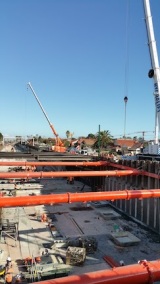 A witness to the important change in Bentleigh:

It may come at a political cost because people dislike disruption to their routines and with an election looming whinging from naysayers will be funded and organised by political opponents, but as someone who has never owned a car and with a great belief in living sustainably, I’m glad the state government has made investment in efficient public transport a priority.

By removing level crossings, adding new lines, linking suburbs, creating a reliable coordinated transport mix – all of these will help a cultural change.

And at Bentleigh as in other level crossings, it will save lives as an extract from one of the Mordialloc Writers’ anthologies, Off The Rails illustrates.

Monday, March 23rd 1998 was like any other day until 8.00 am when I heard the train horn blast, a woman scream, and a sickening thud accompanied by the hissing sound of the air brakes being applied by the train driver.

I opened the kiosk door and poked my head out to look down the ramp to the level crossing praying no one had been hurt. I could see nothing untoward and breathed a sigh of relief. I stepped out of the kiosk but decided to turn back because the train had pulled into the station as usual, when I caught sight of a body lying on the tracks almost directly in front of me.

I looked again… everything appeared unreal, an eerie silence descended. It seemed a long time before someone found something to cover the body of the young woman. I assumed the body female because of the scream I had heard but minutes later a hysterical woman came to the kiosk window and between sobs explained it was her
screaming. She had witnessed a young man hit by the train.

Overwhelmed with sadness, I felt numb, and struggled with disbelief…

The young man had been a customer and recently celebrated his 18th birthday. That morning, his mother dropped him off near the station because he was running a bit late. The boom gates came down and the lights were flashing, however, like many pedestrians, he crossed the first line because no train was on that line, but there were
two more tracks to cross. Worried about missing his train, which neared the station, he crossed the barrier, looking in the direction of his approaching train ignoring the other
way. He walked into the path of the city-bound train, which he probably didn’t hear coming because of the Walkman plugged into his ears.

Floral tributes appeared at the level crossing the next day, and a day later, the wire fence in front of the kiosk blossomed with more. Most were single flowers, some not particularly beautiful but left by people who knew and loved the young man, all touching tributes to a tragic lost life…

Some years later, a young woman walked past the kiosk to the ticket machine further up the platform. She took a little time to get her ticket and then came back past. She lost her life in exactly the same way as the young man.

Almost every level crossing will have a similar tale to tell or examples of near misses – I won’t miss the Centre Road level crossing or its clanging lights and boom gates.

A tragedy is far away from my thoughts walking Centre Road on a sunny day, the chaos of mounds of dirt, grunting and growling heavy machinery, buses replacing trains, the traffic and pedestrian diversions are all in the past too.

The new station functions well – toilets and waiting room at street level, a lift and ramp plus stairs – facilities appreciated by everyone, not just rail users.

I loved the piano that stayed for some time and the many people who took advantage of the freedom to tinkle the ivories… especially the ones who had talent – they attracted smiling listeners, including me. 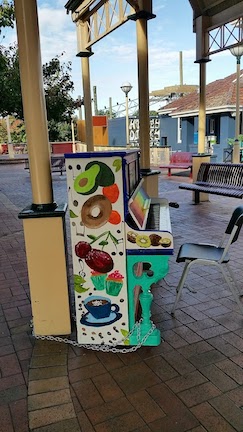 New cafes and shops have opened and old ones refurbished. Outside tables always abuzz with the old and young plus plenty of canine companions.

The disconnect of Centre Road caused by the level crossing now gone and people (including myself) visit shops and cafes ignored before.

I freely admit there will be a period of adjustment for me because I’ll miss the twice-weekly trips to Bentleigh and the community house. 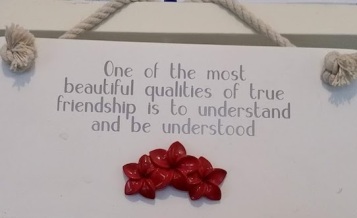 I’m always surprised how easily workplaces you like become a second home but I’m looking forward to spending more time focusing on my own projects ‘at home’ and Bentleigh is only a train trip away!

4 thoughts on “Blossoming Bentleigh A Delight”