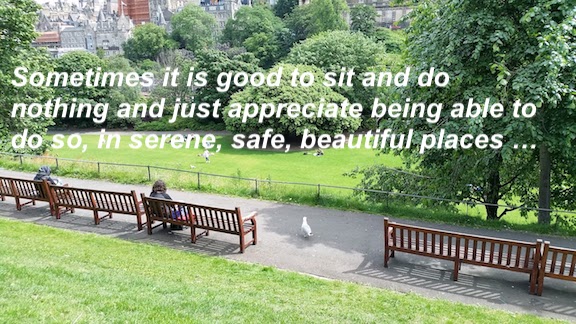 On Tuesday morning, in a buoyant mood, I set off for work – my last class for the term – and mind already turning over a list of appointments, events, ideas for lessons, and a list of catch-up household chores to be squeezed into the winter break.

In a folder ready for photocopying and collating, the prepared anthology of the writing students of Godfrey Street’s Writing Creatively Class.

I had burned the metaphorical midnight oil for several nights but tiredness banished when I organised the wonderful work produced this semester.  The cliched spring in my step real because a task satisfactorily completed – a job well done.

Pride Comes Before A Fall

However,  life has a way of reminding me never to be too comfortable or smug!

I’d only strode a few yards from home when I was flying through the air before landing with a thud on the concrete path.

Three days later, beautiful bruises reveal themselves in places well-hidden but still painful, I  reflect on how lucky I am (no broken bones just sore muscles) and I now obey (within reason) both my daughters’ exhortations, ‘Can you just sit and do nothing – pleeease!’

I’m trying to ‘go with the flow!

While sitting in Frankston Hospital’s Accident & Emergency, Facebook reminded me of my travels last year and yes, unbelievably, it was this time last year when I was limping through the last leg of the big overseas adventure because I’d tripped in the hallway at my cousin’s house in Renton near Glasgow.

Despite my lovely cousin’s pleas, I didn’t get checked out by a doctor and ‘walked through the pain,’ which led to all sorts of complications when I returned home.

My daughters were most insistent I didn’t repeat any stoicism.

I reluctantly agreed, despite feeling like one of the guest speakers at a Women’s Hospital function who said once she retired ‘a trip’ became ‘a fall’ and she was sent off to a Fall Clinic as if she had a chronic problem.

My accidents were both unexpected trips, but landing on concrete is more likely to do damage than a floor – and it felt decidedly more painful!

I can laugh about Tuesday now, but the audience of half-a-dozen workers were not laughing when I landed beside them. Several strong pairs of arms hoisted me to my feet when I told them I was ready to stand and prove I didn’t need an ambulance.

At another time I might have revelled being fussed over by a batch of young men but I just wanted to return the few yards home and ‘have a Bex and a good lie down!’

A young man escorted me the 100 feet and carried my bag. He returned a few minutes later to check I was okay but I told him my daughters were on their way.

The cavalry arrived to greet a crying mess sitting draped in a bath towel toga with a large icepack on both knees and double-checking fingers, wrists, elbows, neck and all the other places that hurt.

Maybe it is a sign of age but the pain was excruciating. Shock set in and I started to shake – the girls were decisive.

A cup of tea and a couple of Panadol and we headed for Frankston Hospital.

Mobile phones a godsend that day. They had tried for an appointment with our local doctor when I first rang them but the clinic was booked out. They’d also rang my manager and cancelled the class.

While Mary played nurse and found some looser pants for me to wear that wouldn’t pressure my knees, Anne marched down to the worksite introduced herself and recorded the company’s details. She got a contact name of a supervisor because I’d caught my foot on the corner of a manhole cover they’d removed but left jutting out from the area of pavement blocked off.

Distracted and curious by the activity I tripped, but maybe the whole path should have been closed.  Lessons to be learned all round!

We arrived home from Frankston to find a huge box of fruit on the doorstep and a handwritten note from one of the workers hoping I am okay and wishing me well.

I really appreciated their kindness. 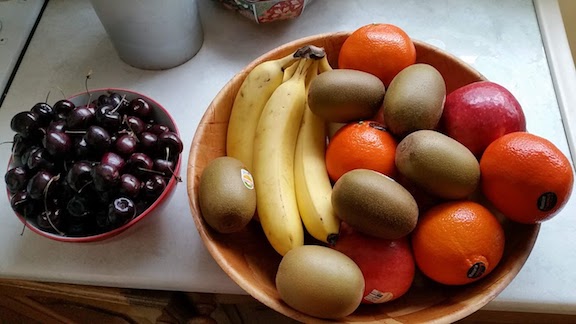 I also appreciated my daughters’ devotion and decisiveness – they proved themselves capable and caring adults and in all the drama I had a moment of parental pride and joy – they will survive, perhaps thrive – without me and have obviously discussed and thought about ‘the ageing me’ with one of them declaring at one stage, ‘You are not superwoman and don’t have to be supermum anymore.’

And so for a few days, I am ‘taking it easy’ factoring in Panamax and Voltaren Emulgel with the vitamins and blood pressure tablets!

I’ve been touched by visits and phone calls from friends and I’m blessed that injuries don’t seem to be too drastic and the holidays will be great recuperation time. 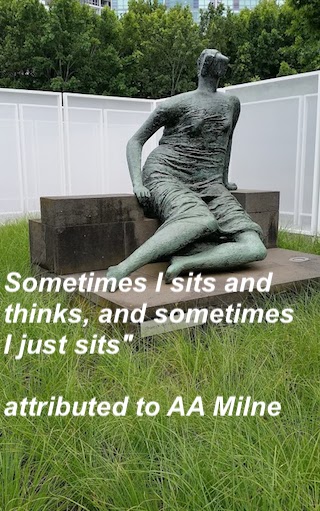 And Today is Poet’s Day

POETS day is a term used by workers in the United Kingdom to refer jocularly to Friday as the last day of the work week. The word “POETS” is an acronym for “Piss off early, tomorrow’s Saturday”: hence Friday becomes “Poets day“.

With ‘enforced’ leisure I’ve started going through notebooks and extracting the ideas jotted down – maybe I’ll get some creative writing done!

I came upon this poem – apt because it was Tuesday Class I was heading to when I tripped so here’s ‘the postcard’ I ‘didn’t send’.

Remember the perennial joke from primary school if you witnessed somebody tripping?

You didn’t send me a postcard!

Tuesdays during school term, I teach in Bentleigh

Up the line from Mordialloc towards the city

Easy to get to by public transport, especially trains

So convenient! And I love it! I know I am lucky, even on

A day in bed or seat by the fireside…

Yet, I‘d never use bad weather as an excuse. Unless

Large hailstones the size of tennis balls thunder down

Scenarios unimaginable in Mordialloc – unless you are a writer! 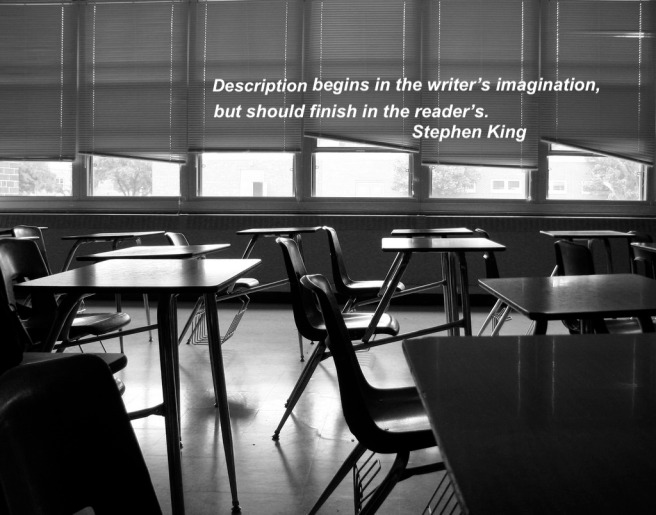 14 thoughts on “When A Trip is Unforseen, Unplanned and Unappealing…”