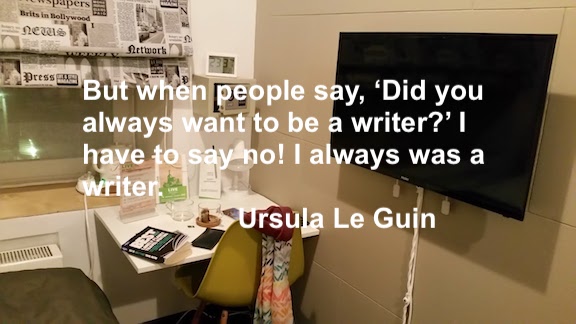 Hallelujah! – I have work…

Schools have gone back but my classes in community houses don’t commence until this week, and as is the nature of being casual, contract, part-time, temporary… confirmation usually doesn’t happen until enrolments are confirmed, and that can be very last moment.

(If lucky, sometimes managers decide to run a class in the hope people will turn up on the starting day.)

An email midweek from one employer confirmed enrolments in tomorrow’s class are enough – the class will run. A telephone call Friday confirmed the other classes have numbers too.

Returning to work, after the long summer break without an income is definitely a cause for celebration – and that good old-fashioned, ‘Hallelujah.’

I’m not alone working in jobs reliant on funding and nearly everybody is at the mercy of the vagaries of the economy. Most workers are hostage to an employer whether it be in the public or private sector. And the courageous few who establish a business spend a lot of time worrying too.

It is wonderful to be told you have paid work – the certainty helps with budgeting!

In the adult education field, many teachers are employed on short-term contracts or a casual basis. Sadly, this even happens within the school system nowadays.

Uncertainty, flexibility, adaptability – the modern workers buzz words. The only guarantee is there are no guarantees.

Who Are My Students? Uncertainty and Anticipation

Some students are returning and I wonder what they have written over the holidays and if their writing projects and aims have changed. (Or have they shared my struggle to write!)

I’m curious about the new students. Always, the stirrings of excitement a motivation to remember and act upon the Girl Guide Motto, “Be Prepared.”

Despite teaching for 20 years I love the research of planning lessons. Seeking new ideas, books, craft information, a variety of sources, prompts and challenges to ensure we move out of comfort zones. 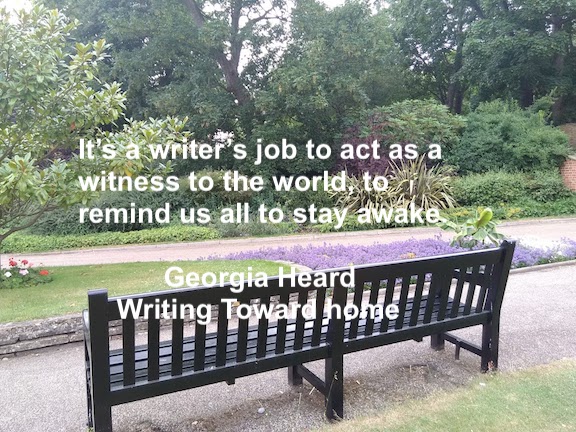 Did Anyone Put My End-of-Year Present To Work?

When classes ended for the summer holidays, and because it coincides with Christmas there is often an exchange of presents or an expectation to give a gift.

Gift giving often problematic, if you are someone like me who likes to give a book. Writers are usually avid readers and the chances of giving a book the recipient already has is high.

Print books can be expensive, especially new releases.  I decided to promote writing and wrapped up a pocket notebook and pen for each student.

I asked them to keep the notebook handy and every day write down ideas for stories or poems: observations that strike them as interesting, perhaps overheard dialogue, a memorable smell, unusual sound, evocative texture or taste – all the happenings and minute details that are important to engage with readers.

I first started using a pocket notebook over 30 years ago after hearing Australian writer,  playwright and poet, Dorothy Hewett interviewed on the ABC. She talked about having a notebook and pen in her apron pocket and mentioned some of the stories that grew from her scribbled thoughts.

I’m still old school and usually write by hand before recording onto the computer. Adding words, rewriting, subsequent drafts, plus editing, are all done on the computer, but that initial writing by hand allows me to be more in tune with thoughts, whether brainstorming, a stream of consciousness, or what I call ‘the splurge’ in class, or just musing.

I’m sure observers the other day thought I was mad as I paused in the middle of Main Street to jot in my notebook. (Maybe I’ll appear in another writer’s notebook as an eccentric old woman.) But I had to note a couple of young girls giggling as they crossed the road arm in arm, one wearing a t-shirt that said, “Mermaids don’t do homework”.

Uncover or Discover Stories to Record

It’s easy to become stuck in a routine or feel life is ‘same old, same old’, to rely on books, television, movies, and various social media platforms for entertainment, experience, and to extend imagination.

There is an endless amount of stories out there but it’s easy to convince yourself ‘nothing is new under the sun’ and all the original stories have been written by someone more capable or talented.

Writing is hard work, it takes effort – 5% inspiration and 95% perspiration – that’s why it helps if you have other writers encouraging, supporting and motivating your pen to move!

I discovered a poem I wrote after an icebreaker session when the writing students interviewed and introduced each other. I listened (the most important part of any learning process) and made notes to help me remember the students.

The poem takes me back to that class, remembering the students and recalling what they wrote. It may be rhyming doggerel but it also a record of part of my life.

Poetry is great for recording snapshots of life.

WW2 was announced on the airwaves
and Heather’s family gathered round
a ten-year-old girl confused
until the air raid sirens sound.
Later, the adult Heather
chose Nursing as a career
a passion shared by Angela
who cared for children three.
Angela’s knowledge of medicine
has stood her in good stead
because she daily battles MS
gallantly facing whatever’s ahead
She’s had environmental change
to Melbourne from the Apple Isle
like Margaret Birch’s Moorabbin memory
gumboots a necessity, not style.

She now writes family history,
children’s stories, and rhymed verse,
which strikes a chord with Phillip
whose words forever impress.
He produces poems that inspire,
they also enlighten and amuse
a talent shared by Jeanette
who adores theatre and to choose
serenity listening to classical music
whether operatic or dance
and loves to go to the cinema
whenever she has a chance.
With her beautiful English skin
rosy-cheeked regardless of fashion
She’s travelled from Tibet to Marrakesh
and cites bushwalking as a passion.

Jeannette’s love of reading and writing
shared by Fay, their meeting revealed
how grief’s strain on life’s journey
has oft times their sadness sealed.
These two widows like many others
have made a silent promise
they’ll live life to the fullest
and never a writing class miss!

Ceinwen was born in Wales
and sings as sweet as a bird
she wanted to go on stage
but her Mother said, ‘how absurd!’
Until WW2 intervened and
Ceinwen found the freedom she craved
in the RAF’s Entertainment Unit
performing dreams were saved.

Toula grew up fearful of change
with a Greek father ultra strict
friendless and often oppressed
her husband was father’s pick!
Toula escaped through books,
photography, and painting too
she wants to write her story
migrant women’s voices too few.

Amelia is an artist producing poetic
landscapes with her paintbrush
she meditates every morning
a daily routine she’ll never rush,
each moment must be enjoyed
since meeting the Dalai Lama
his wise words keeping her buoyed.

Whereas Doreen is more practical
divorced for over thirty years
and as a single parent of four
she conquered many fears.
Her Mazda 121 is special
it’s twenty-seven years old
driving gives her pleasure
and walking leaves her cold.
Doreen’s a voracious reader
writing stories that entertain
with characters and dialogue
refreshing as spring rain.

Variety is the spice of life
a well-worn cliche we know
but this group of writing students
have plenty of seeds to sow.
Each Monday promises to delight –
as their pens move across the page
characters and plots coming alive
as if on a Shakespearean stage

A friend recently commented, ‘Wow, what richness in that class of skills and life experience. I bet they wrote some great stuff!’

Her observations right – I’ve been privileged to meet some truly inspirational people with powerful stories told well.  The writers who have peopled my classes over the years did produce amazing poems and prose.

Unfortunately, some of the Class of 2005 are no longer here, others attended a short time, but two of the writers are still coming to classes, honing their craft and enjoying their passion for words.

Not so long ago I was celebrating the lack of timetables and freedom from routine as the summer holidays commenced… but I’ll accept the persona of the female stereotype and change my mind.

Now, I look forward to the beginning of the term and the predictability of the working week to re-establish regular writing practice and share the journey with old friends and new students.