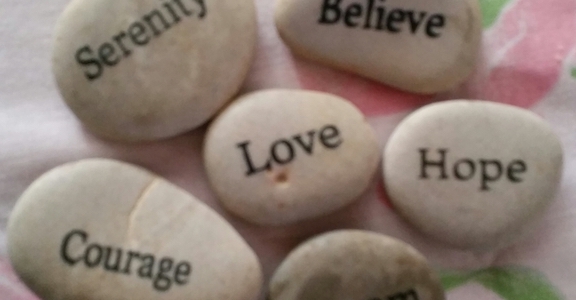 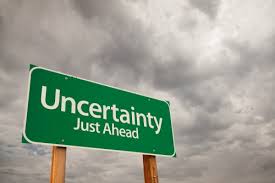 The months of media speculation finally over and the world now waits with bated breath to see what kind of president Donald Trump will be.

I’m not going to pretend that his win and some of the views of his supporters not only depress and sadden me but also leave a huge question mark over whether the world as we know it will get better or worse.

I feel like I’m in a Monty Python skit and agreeing with John Cleese’s view on life,  ‘what is the bloody point!’

However, we have survived upheavals and bad leaders before, and now is the time for writers, poets and songwriters to speak up, and letter writers to get busy –

For several days, I hoped Trump’s election was a bad dream. But as we see protocols and conventions corrupted and ignored,  an array of extreme right-wing, racist, and rabid people placed in powerful positions, we have to accept this is the reality for four years – maybe longer.

A bleak future but we can prove the pen is mightier than the sword and an effective weapon as Trump’s success  unleashes a new push from the ‘loony’ right (climate-change deniers et al) that will make any progress incredibly hard to achieve. The environment an area where we will have to work hard to convince those in authority and the doubting public, we can’t afford to dither or go backwards.

The slogan ‘make America great again’ a frightening premonition of what could come and the people who will be excluded, exiled, ejected, expelled, perhaps even eliminated if the KKK have their way!

The implication being America was great before the inclusion of immigrants, empowered women, LBGTIQ and civil rights for African Americans, that ideas and voices of modern America don’t matter, and as Trump’s corporate America tramples over the rights of the Sioux in Dakota, neither do Native Americans.

I hope many of those who voted for change rather than Trump’s extreme positions will now work to make  change happen decently and fairly and will speak up against divisive policies.

There are plenty of Americans who will challenge outrageous decisions and prove the campaign rhetoric wrong, just as many activists here rally regularly when they feel the government needs reminding to govern for all communities.

I believe in people power, the power of community, the importance of belonging and inclusion – of welcoming difference rather than embracing fear.

Working in community houses, starting and belonging to community groups, I’ve learned that people have more in common than what divides them – most people want a peaceful world where they can go about their business, bring up their kids, and be happy and healthy.

I love the message from Kev Carmody and Paul Kelly’s song From Little Things, Big Things Grow  – the Gurindji stayed resolute for over 8 years in their fight for land rights and pay equity – an inspiration and example of not giving up.

Recent experiences of the wonderful work being done in our diverse community have kept me sane while the media feeds on a frenzy of bad news.

To stop being smothered by the cloud of despair, I have to be pro-active seeking out people with similar values, people who not only care but do something to make it a better world.

“Specialising in the areas of day services, transition programs and employment for adults with intellectual disabilities, Marriott Support Services is a not-for-profit organisation. It is our aim to achieve greater inclusion in the wider community for people with disability. Let us stand beside you while you reach your goals.  “

I discovered Marriott when Jen, one of the program managers came to my Professional Writing & Editing Class held Monday evenings at Godfrey Street Community House, Bentleigh in 2012 -13.

Marriot offers people with disabilities choices and opportunities for the whole of their adult life in the areas of:

The organisation, established in the 70s, relies heavily on volunteers as well as government grants. It is also pro-active in generating their own income in various enterprises.

Marriott Enviro Services specialises in medium to large commercial horticultural and landcare management.  A qualified management team has decades of horticultural experience between them. Managers and supervisors work alongside a team of 60 employees, in crews of three to five.

Our fleet of modern, well-maintained vehicles and machinery allows us to complete jobs on time and within budget in the areas of:

At the AGM, the auditor reported a healthy bank balance, guest speaker Tim Wilson MP and Virginia Rogers, Chair of Marriott’s Board presented numerous awards for years of service and achievement – the volunteer input ranging from one  to thirty years!

In the room, the enthusiasm, pride and commitment from clients, parents and staff abounded! None more so than the enthusiastic choir (the Marriott Musos) who invited Tim and Virginia to join them in a unique rendition of ‘We Still Call Australia Home’.

Jen met my daughter, Mary Jane and after learning about her skills in media arts invited Mary Jane to get involved with Marriott.

Mary Jane volunteered and then worked on a digital story project, about people building the social fabric through volunteering. This was funded by a grant from Glen Eira Council.

Networking and six degrees of separation at work…

The project was launched at the AGM and several stories were presented. These can be accessed from Marriott’s website, some are on Youtube:

I was a proud mother at the AGM seeing Mary Jane’s digital stories presented – stories celebrating difference and inclusion – stories empowering the participants, stories that may make people think differently about disability.

I attended another AGM as a participant, not an observer. Mentone Public Library is probably the last subscription library still operating in Victoria and enthusiastically run by a volunteer committee of two now: Julia Reichstein and Tony Brooker.

The AGM revealed a volunteer drought in the City of Kingston, yet the need for the wonderful work Julia and Tony do in promoting local authors, many of whom may not be promoted elsewhere, is obvious.

It is an uphill battle for little known or first-time authors  to be read or afford publicity – Julia’s monthly author events have allowed the public to meet, listen and get up close and personal (yes, the space is small!) with many writers, including Mordialloc Writers’ Group who read selections from Kingston My City for Seniors’ Week celebrations after Amanda Apthorpe read from her latest novel. 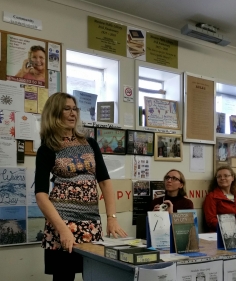 A serious looking me with Amanda after her detailed talk about the Greek mythology underpinning her novels. And below, three long-term  members of Mordialloc Writers’ Group: Jillian Bailey, Maureen Hanna and Glenice Whitting. 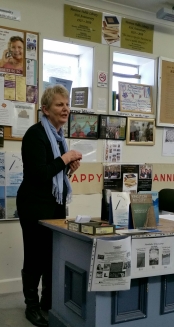 Next Saturday ( November 26) Glenice Whitting will be the guest author promoting her latest novel, Something Missing.

Two current Kingston councillors and two past councillors were present at the AGM, plus the retiring volunteer Treasurer Lorna (who wants to write her family history and memoir!), the Secretary of the local history society, and a recent volunteer Paul who has retired from the public service and wants to get involved in a community group. (Paul coincidentally used to attend Mordialloc Writers many years ago – yes, it is a small world!)

Two local writers were at the meeting – me and Yvette from Blue Chair Poets. It was a pity more writers who have benefitted from the author events didn’t accept the invitation to attend because Julia and Tony welcomed ideas about how to maintain the library and keep hosting author events for the community. The discussion would have been enriched by more stakeholders contributing their voices.

Although Julia was happy sending me this email:

Thank-you all so much for your attendance, support and input today. You brought much food for thought and instilled in the library team much confidence and hope for the future. We look forward to working with you and hosting you again at the library for future events and meetings.

Another event that kept me from sinking into the black hole is the organising of end-of -year anthologies for the classes I teach in neighbourhood houses.

When reading the wonderful stories, poems, anecdotes, memoir and short stories everyone has produced, I relive the amazing discussions we have in class.

I hear the voices, the tears, the laughter and joy. I am in awe of the imaginative use of words, the profound reflections on life,  and the untold stories from history.

The collections bear witness to the hard work writers put in polishing their words. The pride and sense of achievement when they hold printed copies in their hands and can’t believe how much they have written over the term.

I’m still editing and collating but gradually getting there – what would writers be without deadlines! What would I be without writing to focus on! 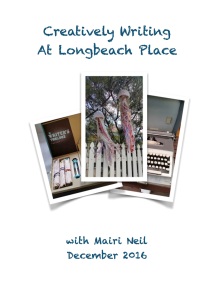 And finally for this post, another group in the community that keeps me grounded and appreciative of family, friends and good health.

These last few months, I’ve been facilitating  Chat ‘N Chuckle,  a social get-together Friday fortnights of people with ABI (Acquired Brain Injury) either by accidents (overwhelmingly in motor vehicles) or through strokes.

The group organised by Belinda Jordan, Community Development Officer of Glen Eira City Council, but initiated by one of my students, Anat Bigos who had a traumatic car accident 11 years ago. Anat is a fantastic example of no matter what hand life deals, play it to the best of your ability.

Anat lives with short-term memory loss as well as reduced physical agility, as do many who have ABI. The patience and understanding the group have with each other and the sense of humour about the vagaries of changed minds and bodies is humbling and inspirational.

There are 16 participants in the group, with numbers fluctuating each fortnight according to people’s availability, but on average 8 or 9 turn up to share stories and have a chuckle! The expertise and life experience in the group range from young people in their early 20s to older retired people.

Often carers will sit in too and share their interesting lives.

Opportunities for research projects and tips to improve mobility and memory are swapped with many of the group presenting regularly to schools.

Last Friday Phillip, who had a stroke that ended his accountancy career, showed us a short film he uses when he talks to school children about APHASIA – The Treasure Hunt – an award winning animation.

Aphasia is an impairment of language, affecting the production or comprehension of speech and the ability to read or write. Aphasia is always due to injury to the brain-most commonly from a stroke, particularly in older individuals. But brain injuries resulting in aphasia may also arise from head trauma, from brain tumors, or from infections.

As a writer, I can’t imagine what it would be like not recognising words, losing words from my vocabulary, or being confused and mixing up words.

This group of ‘chatty chucklers,’show such dedication to getting on with life to the best of their ability.  They are examples of  how a community builds relationships with a sense of purpose and mutual respect. An example of surviving against the odds.

So despite the doom and gloom elsewhere, I do appreciate and feel blessed that in my tiny corner of the world there are many people working to make life better for others. There is no magic wand just magical people!