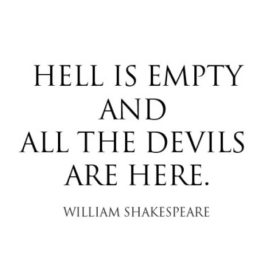 Sometimes a random event or deliberate attempt to move out of our comfort zone is needed to remind us it’s not ‘all about me’ and that the world on Earth is as diverse as the planets in the universe.

For most of us, each day is not a new adventure but the ‘same old, same old’ unless we make an effort to spice up our lives. Often this is during holiday times, entertaining visitors, celebrating anniversaries or birthdays, or special seasonal highlights like Christmas or  Halloween! 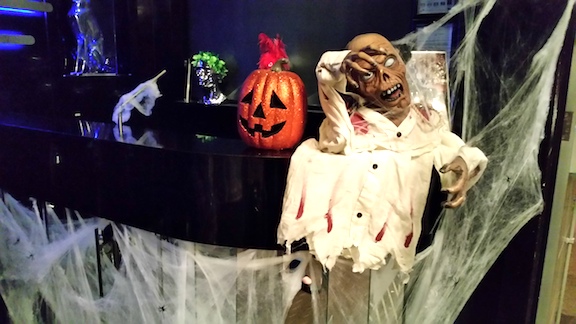 Halloween celebrated in many countries on 31st October, commemorates the feast of All Hallows Day – the word being a contraction of All Hallows’ Eve . This Christian festival is thought to have been combined with the ancient pagan Celtic festival of Samhain (Samhuinn in Gaelic) held on November 1, to mark the culmination of summer and the harvest period with the onset of the cold, dark winter.

The festival symbolised the boundary between the world of the living and the world of the dead. On the night of 31st October, ghosts of the dead would walk again amongst them. If humans dared to walk abroad they needed light in the form of bonfires or lanterns. They disguised themselves by dressing up or wearing masks and offered gifts of food to keep the ghouls sweet!

Most people are unaware of the strong Scottish connection and consider Halloween an American import to Australia – especially with the increase of commercialism attached to the event in the last few years. When I first arrived in Australia in 1962, Halloween was a non-event.

I’ve written about my Scottish childhood in Guising & Galoshens, a memoir extract published online in America explaining the traditions we celebrated.  Also, the poem, Halloween  by Robert Burns, one of my father’s favourite poets, depicts traditional beliefs and celebrations going back centuries for the Scots.

Halloween With a Difference

But who needs logic once you enter the realm of the supernatural, witches, spirits and mythology?  Australians are adaptable if nothing else. We are a multi-cultural melting pot, therefore many people and places  throw themselves into macabre theatricality for Halloween. (The ‘ghoulish’ photos on here were taken at The Greyhound in St Kilda.)

On Thursday evening, October 27, I went to The Greyhound Hotel and joined my daughters and two of their friends for a Buffy Trivia night.

The Hellmouth comes to St Kilda for one night only!

Buffy Trivia is coming to the GH hotel.

Join your hostesses Amena Jay and Penny Cillin for a night of trivia to test your knowledge on all things Sunnydale, with special themed shows including songs from Once More With Feeling.

The GH kitchen will be open with heaps of delicious dinner options available.

Heaps of prizes up for grabs, for the winners of each round, best costume and a cash prize for the overall winning team.

So grab your scoobies and book a table now – this one will sell out fast! (teams must be between 2 – 6 only)

For the uninitiated, Buffy the Vampire Slayer from film and a long-running TV series developed a huge fan-fiction base. Written by Joss Whedon, the character of Buffy is a slayer, one in a long line of young women chosen for a specific mission: to seek out and destroy vampires, demons and other forces of darkness.

Buffy is at high school and surrounds herself with best friends who are helpers in the fight against darkness. My daughter started watching the show when she was young and fell in love with Joss Whedon’s characters and his writing – he certainly knows how to write suspense and for emotional engagement!

MJ is regarded as an expert on Buffy – which is one of the reasons her older sister Anne suggested we book a table for the Trivia Night. For those old enough to remember the beginnings of a show called Mastermind Mary Jane could be on that show with Buffy as her special subject, she is that good!

When you think of the GH hotel the first thing that comes to mind is, ‘Iconic St Kilda pub offering a little bit of something for everyone’! With a terrific public bar offering Tasty food, great drink specials and some light hearted entertainment it is the perfect place for an after work drink or chilled out Sunday session.

One of Melbourne’s original live entertainment venues the GH has not only stood the test of time but a recent multi million dollar renovation has seen the addition of the incredible Showroom, playing host to a variety of International acts as well as our own long-running stage shows and DJ’s every Friday and Saturday night.

The evening at The Greyhound was hosted by two well-known drag queens who entertained the crowd through three rounds of quizzes.

MJ did not disappoint  – we were on table 13 (an omen?) – and she came equal first with 9 out of 10 for the first two rounds, only missing out on the third round.

In the bag full of prizes she won for our team called “We wear the cheese’ (a quote that Buffy enthusiasts recognise) there was at least some memorabilia she didn’t have – although not the point of the evening, it is nice she was rewarded. The rest of us wouldn’t have won. 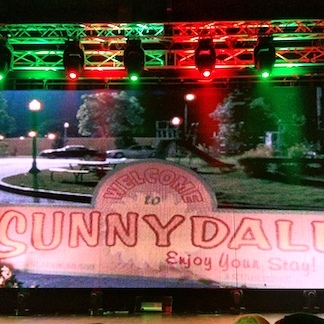 The show was a far cry from anything I’d experienced as a child dressing up and performing for Halloween! It was the first time I’d been to a drag queen performance.

There were plenty of gender jokes and much made of the dresses (several fabulous outfits) and generally mocking each other. The show definitely not ‘politically correct’.  I’m sure some feminists may be offended but clothes don’t define who or what we are and I accepted the over-the-top performances as entertainment. There was no malice in the banter between Amena Jay and Penny Cillin or their interaction with the audience.

The Buffy Trivia Night was fun, the food excellent and it was lovely being with my two daughters and their friends. It allowed MJ and me to recall our wonderful trip to LA in 2012 when we visited the house and high school used for the Buffy Tv series. 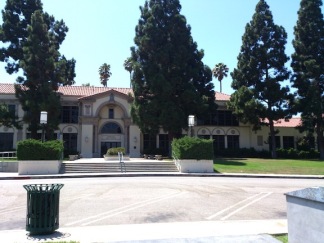 The Halloween of my childhood was a time filled with mystery, magic, and superstition rooted in the past. Many of the customs and games I accepted without wondering about their origin. However, in adulthood, on reflection I understand where a lot of my Irish mother’s superstitious sayings and actions come from – in some cases generations of mythology and belief:

This idea from the Middle Ages when many people believed that witches avoided detection by turning themselves into cats.

This superstition may have come from the ancient Egyptian belief that triangles were sacred.

This dates back to the Romans who believed it took seven years for life to renew itself. If  not of good health, your image would break the mirror and the run of bad luck would continue for the period of seven years, at the end of which  life would be renewed, the body  physically rejuvenated, and the curse ended.

Cracks on the road or pavement lead directly to the underworld and evil demons just waiting to be released. Cracks  signal gaps in the boundaries between the earthly realm and the metaphysical realm.

These two common superstitions originate from The Last Supper. A close examination of Leonardo da Vinci’s painting of the Last Supper, reveals that Judas Iscariot has knocked the salt cellar over with his elbow. Spilled salt became associated with treachery and lies and so if you spill salt, a pinch thrown over your left shoulder is supposed to blind the devil waiting there. Da Vinci painted the symbolism but the origin is probably from earlier times.

In ancient times, salt was expensive and precious, in some cases  used as currency. Spilling salt was tantamount to throwing away money therefore must have been caused by the devil. A pinch over your shoulder would blind the devil and make him think twice about trying to trick again.

Today, Halloween provides a safe way to play with the concept of death. People dress up as all sorts of characters including the living dead. In America fake gravestones adorn front lawns along with giant spider webs, skeletons, witches suspended from trees and other decorations. Parties and activities are organised that wouldn’t be tolerated at other times of the year.

Crass commercialism and mass marketing aside, Halloween can be time spent having fun socialising and exploding some of the silly superstitions that have no place in the real world.

Let’s drink to diversity, difference, and delight in all things trivial! 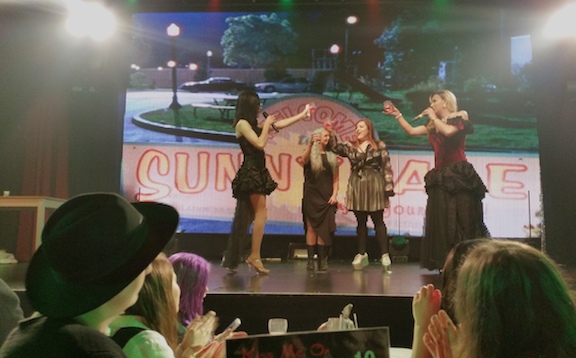 One thought on “Nothing Trivial About Halloween”