I checked the NaPoWriMo website for the daily (optional) prompt, a challenge to write a poem that takes the form of a family portrait.

You could write, for example, a stanza for each member of your family. You could also find an actual snapshot of your family and write a poem about it, spending a little bit of time on each person in the picture. You don’t need to observe any particular form or meter. Happy writing!

I read their poet for the day to see if any inspiration in style could be found – or even an idea of where to start. The second day and I’m already having doubts about whether I should follow the prompts (the challenge part as I see it) or just post a verse inspired each day by random thoughts and experiences.

Our poet in translation for today is Indonesia’s Toeti Herati. Born in 1933, she started publishing in her early forties, and her work is known for its feminist bent, using irony to expose Indonesian culture’s double standards. Very little of her work is available in English, but the Poetry Translation Center has posted English versions of seven of her poems online, and also offers a dual-language chapbook featuring her work.

A Woman’s Portrait 1938 by Toeti Herati

The painting conveys her exquisite taste:
ear studs, bracelets, green and yellow selendang;
the sash conceals her pregnancy.
The death she is carrying can’t be disguised.
The life she carries will grasp and cling on.
Yearning, restlessness and the turmoil of fear
are not recorded in the brush-strokes,
pencil outline of a face
surrendering to the flow of history.

The painting, with its final brilliant gesture,
only fully reveals this face
when it is framed by memory.

“It’s hell writing and it’s hell not writing. The only tolerable state is having just written.”

I searched for a family photograph. I’ve been sorting my collection recently – albums, boxes, envelopes – thousands of pics taken over the years, although I never owned a camera until I was 20 years old! 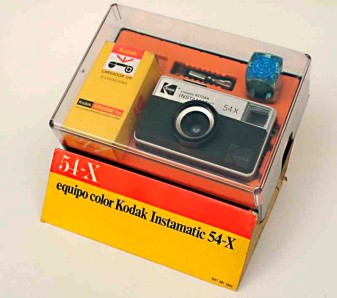 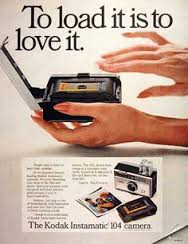 The Kodak Instamatic, popular in the 70s.

There are probably many albums floating around with badly focused snaps taken from too far away, in poor light and with background and even the tops of peoples’ heads missing. However, the ease of pocket cameras and quick snapshots thrilled a generation introduced to colour photography. The Instamatic a step-up from the Brownie  camera.

I received my Kodak as a birthday gift from my godmother, Ina when travelling in Scotland.  Over the years, I moved on from that little cassette-driven machine that gave me a taste for photography.

I’ve photographs inherited from my Dad who was a keen and excellent photographer. He mainly took black and white film, but also developed, enlarged, and printed the shots at home. I blame him for my photographic bug.

Rather than procrastinate over which photograph to choose, I picked one I came across the other day that stirred a lot of memories. It was taken on my 50th birthday in August 2003.

The setting, a surprise party my daughters organised, fulfilling a promise made to their father in one of their last conversations together. John died a month after my 49th birthday, which passed almost unnoticed. He was gravely ill, life was bleak, our household in no mood for celebrations.

However, he’d discussed with the girls that the following year was my ‘big five o’ and they’d give me a surprise party. After he died, the planning to do something to cheer me up and show their love probably took on the proportions of the epic movie Ben Hur!

What a big task for two grieving teenagers!

Mary Jane and Anne were only 14 and 17, for my 50th. Sensibly, they sought help from their godmothers – my older sister Cate and younger sister Rita – but the bulk of the organising was their doing.

They found my address book – an old one as it happened – and sent invitations to everyone they thought should come. Needless to say, many of those folk I hadn’t seen in years, some were acquaintances not close friends, and there were others who should have been in the book but their details were only on my computer, or scraps of paper elsewhere so they missed out!

The party indeed a surprise, the guest list even more so and the reunions, conversations and celebration a surprising night full of even more surprises! Get the picture?

How all the thoughts stirred by this family portrait will become a poem  a conundrum – especially at short notice. I believe in writing, rewriting, editing, rewriting, polishing etc ad nauseum.

Participating in NaPoWriMo a challenge indeed. Throwing raw material to the public is cringeworthy but I’m sure good for improving creativity if done often enough!

The four Neils, now three
Mary Jane, Anne, and me
Staring into the camera lens
Ten months after John’s death
And we smile…

How can this be?

The three of us often wept.

Mary Jane, my Thursday child
Withdrawn reclusive – not wild
Anxious and scarred by loss
The balloons a metaphor
For PTSD and inner struggles

Anne, my Saturday child smiles too
Leans towards me with eyes so blue
It could be John staring straight ahead
But we all know our rock is dead
Anne his ‘princess’ masks her grief

Fragile as an autumn leaf.

Looking at the  adolescent faces
The smiles have banished traces
Of the trauma and sadness of loss
The troubles overcome and still to go
Resilience shines, our love for each other

I’m so proud to be their mother.

Sometimes poems have to be put in context. I don’t like making words or ideas deliberately obscure – the reader or listener should understand what you mean without searching through encyclopaedias or dictionaries.

However, cultural nuances can make the writer’s intentions a mystery and so an explanation for mentioning the days my daughters were born can be found in a nursery rhyme my mother often used to recite to help us remember the days of the week.

The Old English nursery rhyme “Monday’s Child” is a poem based on the days of the week
first recorded in 1838 Traditions of Devonshire.

Tradition holds that you can predict your child’s temperament based on the day of the week they were born. Numerous versions of the poem exist, with both positive and negative connotations (thank goodness) associated with each day.

In the 1887 version of the Monday’s Child poem, published in Harper’s Weekly magazine,  it is actually Thursday’s child “who works hard for a living” with Saturday’s child having “far to go”.

Thursday children have a long, successful life ahead of them. Sometimes, “far to go” is interpreted as meaning a difficult path, such as children with special needs. However, traditional versions focus on the concept of positive abilities and talents that will take them far in life, rather than attributes to overcome.

Saturday children are hardworking, responsible, and dedicated. Sometimes “hard” is interpreted as difficult or struggling. However, traditional versions view hard work as a positive trait, as opposed to “lazy”, indicating Saturday’s children are passionate about their work and make lasting contributions to the world.

Mary Jane and Anne have all the positive traits of the predictions. Life has provided the negatives, the struggles and obstacles, but they both work hard and will go far and achieve, even more than they have already.

Their close relationship will ensure they cherish each other and me.

I look at the family portrait and the poem and hope I’ve captured our love and devotion. I doubt a casual observer would see any of what I’ve said in the poem but then we don’t always write poetry for the general public.

Please feel free to critique or spend the time rummaging through your own photographs and pondering on the memories or message they might hold.

And pick up your pen and write!