It’s been a tough week – no make that a tough year, so far – and although I’ve become accustomed to putting a smile on my face and “faking it till I make it” my mind has difficulty switching off from traumatic events.

Energy is hard to find and inspiration for creative writing, a lost cause.

If my wee, Irish Mum was still alive, she’d suggest I’ve had a week of ‘not being able to get out of my own road’ .

A family member died suddenly, much too young at 48. The unexpected death leaving everyone devastated, especially her thirteen-year-old daughter. This tragedy occurred only weeks after the funeral of a cousin who found living with illness too difficult and chose to end his life. His close family still grieving his older brother’s death (another of my cousins) from a heart attack just before Christmas.

These tragedies feed the superstition that catastrophe happens in threes but this is just an urban legend  –  isn’t it?

Each death made past grief raw with a numbness descending. I had the line ‘what’s it all about?‘ from Alfie playing in a loop in my head.

However, lessons must be planned and presented, letters and emails written, an IWD presentation prepared and worried over, and this blog written – the cliche ‘life must go on’ indeed a truism.

Thank goodness then, for close friends, and nature’s beauty, to distract from the doldrums and reinvigorate a purpose for life and joy in living.

My dear friend,  Glenice Whitting suffered a home invasion and could laugh about it over coffee and despite inclement weather and a busy schedule, another friend Lisa Hill picked me up after work and we went for a walk in the park as a balm to troubled souls. 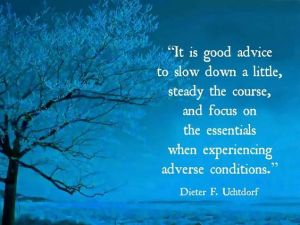 Karkarook Park is located on Warrigal Road in Heatherton, nestled among an industrial estate and not far from several housing developments. The park is ideal for a relaxing stroll, providing an oasis of tranquillity. Traffic sounds diminished by evergreen native trees and an undulating landscape.

Karkarook, a tribute to those with vision and prepared to work hard to rehabilitate land owned by a mix of parties, including council, state government and private companies. To shape a place for the public to enjoy with recreational facilities such as: cycle and walking tracks, angling, BBQ and picnic areas, playground, canoeing and kayaking.

“Karkarook Park is a recreational and environmental oasis, revegetated with indigenous plants. The 15 hectare lake is a good spot for canoeing, kayaking or sailing. Explore the park on foot or bike on 6km of trails. Take the dog for a walk. Or try your luck fishing for Rainbow Trout or Red Fin. “

Fisheries Victoria restocks the artificial lake with about 4000 trout a year.

The area around Karkarook would have been a rich source of food for Aboriginal people. “Karkarook” is an Aboriginal term meaning “a sandy place”.

After European settlement, Karkarook was used for flood retarding, market gardens and horse agistment. Through a partnership between Parks Victoria, Boral, Readymix and the community, the area was mined for sand, then transformed into the beautiful park you see today.

Flora and fauna
Karkarook Park is gradually being restored to a healthy environment. Over 500,000 indigenous trees, shrubs and grasses have been planted, many by volunteers. As the park improves, birds are returning to make Karkarook their home. More than 110 species of bird have already been recorded at the park.

Karkarook is represented by the dragonfly, chosen to represent a healthy environment and metamorphosis (transformation). The information display is in the shape of a dragonfly. 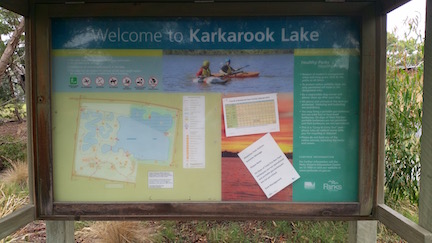 Successive councils and state governments, and the community have supported the concept of a Chain of Parks since it was first suggested and the recent development of Karkarook Park was an important catalyst project.

Kingston has a number of landfills and there are limited ways that land can be used after landfills are closed. The idea of a series of linked parks in the Heatherton/Dingley area has been around since the early 1970s when Sir Rupert Hamer’s  Liberal Government first established the Green Wedges in 1971 .

In 1994, this idea was formalised into a report by the former Melbourne Parks and Waterways (now Parks Victoria) and in September 2002 the Bracks Labor Government finalised new green wedge zones in a process to protect Melbourne’s Green Wedges for future generations.

But of course life is never that simple and environmentalists will tell you the battle in Kingston is unrelenting with the Planning Department forever wanting to rezone land. Fortunately, in 2015, the council made an effort in the northern part of the city for the first time. Kingston City’s C143 amendment rezones old quarries and landfill tips to green wedge and assures no more concrete crushers and similar inappropriate uses.

Other parts of the city are not so lucky and currently arable land and a part of the Green Wedge is under threat from The Cemeteries Trust, who want to remove the market gardens and build a cemetery. A chain of parks trail, agricultural activities, equestrian activity such as a riding school, or even environmental conservation such as a horticultural school – all of these preferable to a commercial enterprise involving a lot of buildings, concrete and cars.

The fight for sensible, sustainable environmental policies on going but as Lisa and I enjoyed Karkarook Park I welcomed the chance to reduce my stress level. 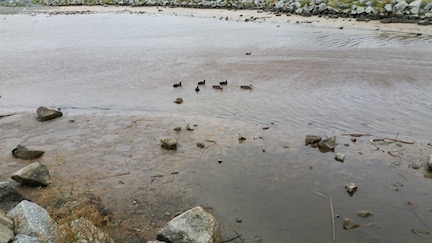 A Stroll to Shift Mood
A Haibun by Mairi Neil

We stroll sculpted pathways hoping to avoid the next downpour of rain. A Melbourne afternoon justifying the city’s reputation. It’s summer and we’re prepared for winter, but must shed our jackets when the brilliant sunshine ignores bruised skies and radiates heat.

The park abandoned apart from a seagull susurration above the lake and Pacific Ducks waddling for the water as we approach. Galahs peck at the moist soil but keep their distance. Magpies rush for the cover of trees their movement enticing me closer.

Three Fairy Wrens decorate dull brown branches with brilliant blueness. If only the elusive Hooded Plover skittering along the sandy hem of the lake would pause long enough for the camera to capture his glory. And sheltered from the rain we watch the mist rise and fall over the lake, dark blue-grey clouds sweep across the sky and a defeated sun struggles to assert its authority.

After the shower
the gulls aerial ballet
brightens the dull sky

A walk always blows the cobwebs away and helps me put life in perspective, especially the curved balls occasionally pitched that hit their mark.

Melbourne has earned the title of the ‘world’s most liveable city’.  Kingston’s part in The Chain of Parks and the protection of the Green Wedge contributes to Melbourne’s appeal – so here’s to future sensible, sustainable policies maintaining the lungs of our city.

And getting some writing mojo back!

I understand the flutter of a baby’s hand
I manipulate heaving white horses
I whisper soft sentences and rant furious prose
I try always for my poetry to be heard
I hope always for a memorable role
I am the balmy breeze that becomes the whistling wind.