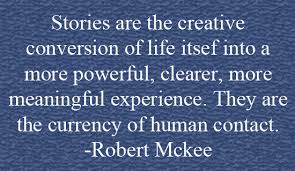 Room, the novel, not the recently released movie, had me hooked from the beginning. The first few intriguing pages disconcerting until I adjusted to the rhythm of the voice of the narrator, five-year old Jack – and then, I couldn’t stop turning the pages.

Jack is celebrating his fifth birthday imprisoned in a room with his mother (Ma) but because he has never been outside, the room is his world, his reality. The only other living person he knows is their gaoler, Old Nick, a scary visitor in the night,  but also their benefactor because he supplies food, clothes and other material needs.

Reading Room, I relived my experience with The Lovely Bones, and recently reviewed Wartime Lies. I didn’t want to stop reading until the last page, and couldn’t put the book down, despite the range of emotions stirred by confronting the dark side of human nature. 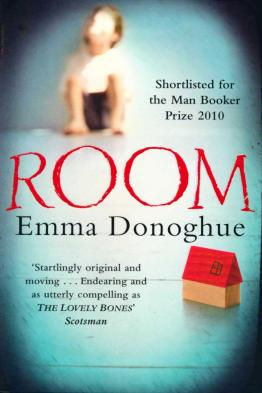 One of my students gave me the novel after a discussion about the current crop of films at the local cinema this year.

‘I still haven’t finished reading The Dressmaker because I saw the film first,’ I told her. ‘One of the main characters is so different in the book but I can’t get the movie out of my head.’

‘I know what you mean,’ said Betty,  ‘but our bookclub read Room years ago and we’re only going to see the movie now. I’ll let you know if it’s a good representation of the book.’

‘I don’t know whether I can cope with the movie considering the subject matter,’ I said, ‘it looks like harrowing viewing, but I’ll give the book a try.’

And so I read Room by Emma Donoghue, a book shortlisted for the Man Booker Prize 2010. A book I’d never heard of, probably because in 2010 I was too busy coping with a cancer diagnosis and adjusting to life after a mastectomy.

My choice of reading material that year escapist genre fiction and a delightful collection of short stories by seven of the best contemporary Irish writers. Afterwards, I gave Finbar’s Hotel to my surgeon to read and hope it’s still doing the rounds of a hospital ward to brighten the lives of other patients!

Since reading Room (not a book to brighten anyone’s life) I’ve discovered how controversial the book was in 2010. Apparently, you either love it or hate it. Lisa Hill, a friend and well respected reviewer is in the latter category and her adverse review can be read here.

For me, Room is a novel I’m glad I read. Emotionally engaged with the story it was an apt book to read in a week when many decent Australians are in uproar about plans to return 267 asylum seekers, including 37 babies back to detention camps in Nauru and Manus Island. Most of these refugees are women who have been sexually assaulted and abused. Who knows the lifelong damage to their psyches from the past and proposed incarceration? The effects of childhood experiences very much on my mind. 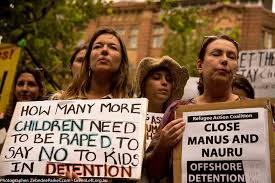 Creative writers are pirates, we steal stories from everywhere. Characters and worlds imagined from triggers: real life experience (our own and others), casual remarks, media reports, dreams, fantasies, nightmares – you name it, we expand, embellish, push the boundaries.

Some critics believe Donoghue exploited the story of the horrific experience of Elisabeth Fritzl, an Austrian woman imprisoned by her father in a basement for 24 years to be repeatedly raped, forced to bear his children and remain imprisoned until the truth of their existence discovered.

The media has exposed other cases of young women and children abducted, held hostage, abused, sexually assaulted and exploited – too many heinous happenings in a society claiming culture and civilisation!

Some of these cases came to mind when I began to read Room. I understood and appreciated what the author was trying to do and applaud the courage and talent of Donoghue, writing from a child’s perspective. This originality was what probably got the book on the prize list.

I’m sure it would have been easier to write from Ma’s perspective, or even one of the relatives or officials, who appear in the second half of the novel. It must have been difficult keeping Jack’s point of view and voice.

There are instances of author intrusion and although Jack has the precociousness and maturity found in many home schoolers some observations are too adult, even if relevant and insightful.

However, I found these lapses and imperfections easy to overlook. The story is powerful.

I’m grateful for Room. Women and children in similar circumstances have been given a heartrending and memorable voice. The sad soundbites of tragic news  we picture like the stories from world war two are just overwhelming tragedies until detailed in an individual life story.

The description of Jack’s suffocatingly, tiny world of a 12 foot square room. The intense love and devotion of Ma. The strangeness, adjustments and adaptions explored when freedom experienced.

How would I cope in a similar situation? What would I do? How could you maintain mental and physical health trapped in a claustrophobic room? The stirring of so many questions and thoughts.

My daughters are young women now, but I can still remember dreary days of feeling frustrated and isolated when nothing seemed to placate their bad mood or mine. How would I have coped corralled in a cell for 5 years, 7 years…and more?

Fictionalising an important narrative such as Room gives us a distance and saves our sanity. It allows empathy, sympathy and understanding without sleepless nights trying to rid ourselves of stark images of the real life horror.

Stories on the TV, Radio, and momentary newspaper headlines actually happen, but they are easily dismissed and forgotten for the next drama unless writers like Donoghue set our heart racing, move us to tears, challenge our perceptions and perspectives. Show or explain how people rebuild destroyed lives or fail to recover.

‘Room is a book to read in one sitting. When it’s over you look up, the world looks the same but you are somehow different and the feeling lingers for days’

The ingenuity of  Jack’s mother is amazing, the games invented, the filling-in of time, the explanations of life within the confines of the room and then the shattering of his world when escape is planned. Jack must comprehend that the world of television does actually exist.

Ma loves Jack when she had every reason to hate or resent him. He is a constant reminder of her abuser. But he is also her comfort, her companion – her love. The bond of breastfeeding particularly poignant.

Old Nick is evil, keeping them prisoner, but he hasn’t killed them, he brings food, clothes, vitamins and even a birthday present for Jack. What are we to make of this monster/man?

Donoghue doesn’t dwell on these psychological or philosophical questions and several characters remain shadowy or stereotypical. These are left to the reader’s imagination and interpretation, along with the lingering impressions and memories all good stories leave.

Donoghue’s attention to detail, descriptions of daily life and the regular sinister visits of ‘Old Nick’ is painful and chilling reading. However, there is humour in the second half of the book as Jack adjusts to life beyond Room, and we discover the other lives disrupted when someone is abducted, presumed dead, or believed to be alive somewhere.

This is a compelling read about a disturbing and unfortunately too frequent phenomena but also about the power and persistence of a mother’s love and devotion.

The novel is structured logically and is an unusual and gripping read. I enjoyed it but I also loved The Time Traveler’s Wife, another fascinating story told in an original way, which others in my writers’ group hated. I guess liking the way stories are told is a matter of taste.

I’m glad I read Room but still haven’t made up my mind whether to see the movie! 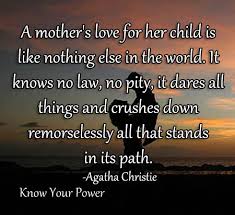 2 thoughts on “Room – Riveting, Revelatory and Rugged – but Important Reading.”