You must not lose faith in humanity. Humanity is an ocean; if a few drops of the ocean are dirty, the ocean does not become dirty.

Like many others, the last few days have been spent trying to make sense of the indefensible and wondering what the future holds for so many people consumed with grief because of war, terrorism, upheaval and resettlement.

Tragic waves of people risking their lives to seek safety yet minds and borders are closed to their desperate cries for help.

On the train going home from the city to Mordialloc on Monday night, there was a sea of faces reflecting a variety of countries and ethnicity. Voices chattered and laughed in languages other than English. Women celebrated the extra warm spring day with sundresses, shorts and sandals; men wore open-necked shirts, t-shirts and in some cases, thongs. All ages represented with family groups, corporate types, blue-collar workers and students.

This is the Melbourne I love and my heart ached it is not a reality for so many people throughout the world.

I had just left Federation Square hosting yet another vigil/demonstration yet the police presence despite recent events in Paris and Beirut low key – groups of two or three on the perimeter of the crowd of 5000.  Alert but not alarming.

No machine guns here, or helmets and shields. No riot vans or blocked off streets. No demand for identity cards.

How privileged I am. This reality making the tragic events of the past week – and the suffering of some countries for years – all the more poignant and heartbreaking.

Have Faith in Humanity
Mairi Neil

Thank you, Melbourne, I feel safe and cherish the people and places.  The relaxing and fun activities, beautiful surroundings (we are the Garden State), freedom of movement for everyone regardless of ethnicity and religion:

For freedom from fear, the values of liberty, equality and community must always be held dear!

I attended the Vigil for Paris to express the sadness in my heart and stand with others to acknowledge that peace and love must triumph over war and hate.

It seems sadness and tragedy keep the 24-hour news cycle in overdrive. I’ve reflected on this before:

Acrid smoke and burning flesh
Pools of blood
And mangled bodies
A leg here, an arm there
Silence more shocking
Than anguished cries

No matter what they find
There are no answers to satisfy
Grieving family and friends
Mollified mothers, furious fathers
Stunned siblings all scream – Why?

We learn about anger
Frustration, pain and love
But most of all
We witness courage.
The motivation for such havoc
And hate, a well of horror
Too sad to contemplate.

Federation Square witnessed a vigil for the earlier terror attack in France,  Je Suis Charlie . My attending the vigils small gestures, but an acknowledgement, along with others, of the grief of those who experience the turmoil of war, terror and dislocation.

I left Federation Square as the French Tricolour fluttered to the sounds of La Marseillaise, sung earlier in the evening along with Advance Australia Fair, but it is John Lennon’s Imagine played after the minute’s silence that resonated with me.

Imagine there’s no countries
It isn’t hard to do
Nothing to kill or die for
And no religion too
Imagine all the people
Living life in peace...

The coming together in Federation Square gave an outlet for the grief felt by many of the 6000 French living in Melbourne, and for people like me. It’s hard to make sense of the times we live in and increasingly war is being waged against civilians, the random acts of terror designed to damage, disrupt and divide society. To be with others – especially random strangers – fills me with hope that there is more good than bad, that the majority of peace loving people will win the battle of ideologies, the rush for power and control.

To become a true global citizen, one must abandon all notions of ‘otherness’ and instead embrace ‘togetherness’. The world is no longer white, black, yellow and brown. Through love, tribes have been intermixing colors to reveal a new rainbow world. And as more time passes, this racial and cultural blending will make it harder for humans to side with one race, nation or religion over another. Therefore, practical wisdom should be used to abandon any cultural, social, religious, tribal, and national beliefs of alterity altogether. This is the only way mankind will truly evolve. Segregation is a word of the past. Unity is the key to a peaceful future.”

Suzy Kassem, Rise Up and Salute the Sun: The Writings of Suzy Kassem

I swear I could smell fresh baguettes and a whiff of toasted croissants. No doubt French wine flowed freely in the  various licensed premises and a French film probably played at ACMI. The majority of people in my age group learnt French at school – despite being thousands of miles away from France. Or we’ve visited Paris or been welcomed in Noumea – it doesn’t take much to trigger memories.

I struggle with learning French because even my English is spoken with a Scots brogue, but I love French writers, philosophers and learning about the French Revolution at school. The ideas of the eighteenth-century philosophes helped birth American indpendence and gave impetus to democratic change in Britain.

Scotland’s association with France goes back centuries to the “Auld Alliance” and our  famous King Robert the Bruce, descended from ancestors in Brix, in Flanders. Sadly, it seems to be the history of the world that alliances and friendships are forged by war rather than peace.

In their darkest hour the Dauphin turned to the Scots, England’s enemy, for salvation. Between 1419 and 1424, 15,000 Scots left from the River Clyde to fight in France. In 1421 at the Battle of Bauge the Scots dealt a crushing defeat to the English and slew the Duke of Clarence.

My hometown of Greenock still has links with France in the form of a memorial to the Free French forces who fought in WW2. 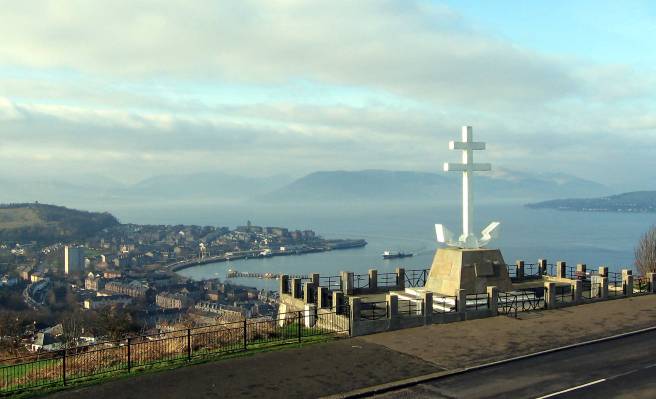 The Breton language Celtic like Scots Gaelic. The ties that bind.

So many Australians have travelled to Paris, have albums full of photographs and memories. The vigil didn’t make the tragedies of Lebanon or Syria less important (there was a man carrying a Lebanese flag, others had different flags draped on their shoulders). Time and again speakers referred to all the senseless violence and suffering caused by terrorists.

And love, common sense, reaching out, ignoring the bigots is what we must do. We must try that extra bit harder to love and be kind. To celebrate our commonality, not fear difference. 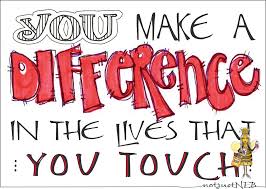 “Once we can get all of mankind to see and promote our commonalities over differences, then we can also collectively and passionately enforce equality, truth and justice as the laws of every land. Then there will be stability, prosperity and true peace for all. If we do not, then language, religious, and cultural barriers will continue to prevent us from seeing that we are all one. Does a pineapple have to be called a pineapple in English in another country for an English-speaking person to know what it is? No. A pineapple has a different name in every country, but even a child can still tell its a pineapple. So why can’t we judge mankind the same way? No matter how you dress a human, a human is still a human. And all humans grieve, love, and bleed the same way. How hard is it to see that we are all more similar than different? God did not disconnect mankind, man did.”
― Suzy Kassem, Rise Up and Salute the Sun: The Writings of Suzy Kassem