“We ought to do good to others as simply as a horse runs, or a bee makes honey, or a vine bears grapes season after season without thinking of the grapes it has borne.”

This week we could do with someone like Marcus Aurelius. Considered one of the  five ‘good’ Roman emperors. The world at the moment is begging for more wisdom,  more compassion and humanity, especially from our so-called leaders!

At the moment to Australia’s north we have a humanitarian crisis and thousands of desperate asylum seekers floating to their death because Australia’s neighbours have decided to copy our government’s ‘stop the boats’ policy and ignore desperate people trying to reach a haven and start a new life  – even if risking death on the high seas. 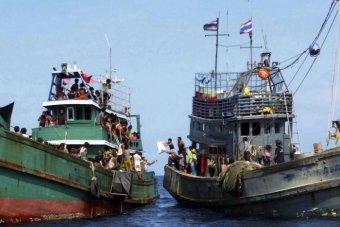 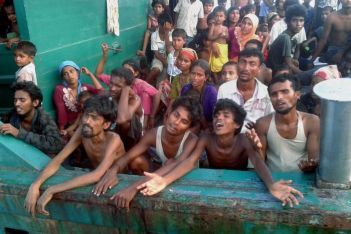 The trees cling to fragile foliage
like mothers reluctant to let
their children go.
The winter sun radiates
white light promising a day
of autumn glory…
It is Melbourne after all.

A blue sky pockmarked by fluffy clouds
reflecting a sea of shimmering blue
But beyond the benign bay
tragedy intrudes
fear and desperation meets
fear and distrust.

No need of Siren’s song
to lure the mariners to their death.
The monster from the deep is
dressed in political spin and
ideological hubris.
Christian charity in short supply.
To seek asylum deemed illegal

It is Australia after all. 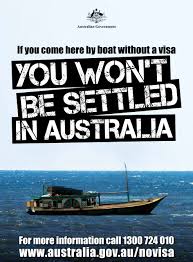 Yes, some days it is almost impossible to find joy, but I have learnt over the years to search for  bliss and happiness. It’s too easy to fall into the abyss of depression, and a culture of anger or negativity. This is not about being a glass half full or glass half empty person. A  determination to seek happiness is hard work.

I look for beauty and joy in nature, comfort from family and friends and seek something, albeit how small, in my daily life, to balance sad reality and the examples of disrespect for human rights playing in a loop inside my head.

I also write poetry – well what I call poetry!

Writing is healing, is therapeutic, I can express a range of emotions. Words are something I can control, the process empowering!

The road travelled
Towards dreams and memories
Needs replenishing 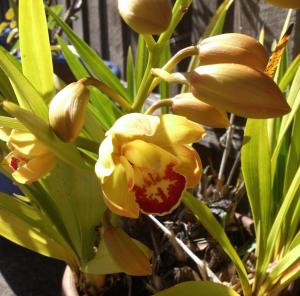 Unless living as a hermit, we are surrounded by sadness and tragedy. Everywhere people struggle with life’s challenges, coping with grief and loss – whether that’s illness, death, redundancy, broken relationships, homelessness, internal conflict, war…

My writing classes save my sanity.

In writing class
we explore language
search for living words
lively words
alive words!
Volume high
sentencing each other
to work it out
or perhaps not –
Just listen, absorb and be…

My sentence
writing in class…

And the media in this digital age provides a 24 hour news cycle that focuses on drama – nearly all tragic.

I seek and manipulate words to express feelings, make sense of people and events, release the pressure of inadequacy and hopelessness I often feel. Perhaps my words will make a difference, let others empathise, be a call to action for those in power and for all of us who put them there!

Here is a letter I wrote on behalf of the UAW and sent to Tanya Plibersek MP and a similar one to Julie Bishop, the Minister for Foreign Affairs.

We the undersigned thank you for showing compassion, and participating in rare bipartisan support when you and the Minister for Foreign Affairs, Hon Julie Bishop, spoke in parliament this week seeking clemency for Andrew Chan and Myuran Sukamaran. Indeed state sanctioned execution is wrong and we hope your appeals for mercy are successful.

However, can you now extend your compassion to the children Australia currently imprisons in detention centres –– children who have not committed any crime? Have you spoken with them or their families?

Will you encourage the Australian Labor Party to change their policy on those seeking asylum and condemn The Pacific Solution? Will you promise action after the horrific details revealed in the Australian Human Rights Commission Report tabled this week? The Forgotten Children – the report of the National Inquiry into Children in Immigration Detention 2014 provides strong evidence to support the observations of clinicians and others who have visited and worked at detention centres. Many gave evidence to the inquiry that children, the most vulnerable in our society are being abused.

The government has had this report since November 2014! When did the Opposition see this report? It is shameful when there is a refugee crisis worldwide that both major political parties have a solution that abrogates Australia’s responsibilities under the UN Conventions and prefer to score political points at the expense of human lives. It is not illegal to seek asylum.

Did you telephone and speak to the family of Reza Barati, the 23 year old man murdered while in our care? Have you read the Australian Senate committee report, which said the violence at Manus Island was ’eminently foreseeable’? If so, are you working towards changing your party’s policy? These people are not criminals and have not been convicted of any crime.

We are Australian mothers and grandmothers and expect our politicians and governments to value all human life, be consistent in their compassion and their dispensation of social justice. We never support the breach of federal human rights and anti-discrimination laws. Laws devised to protect the most vulnerable.

We look forward to a time when immigration and the global refugee crisis is discussed in a mature manner with an aim that Australia is part of the answer not part of the problem, to ensure desperate people seeking asylum are treated with respect and dignity. We look forward to more mature bipartisan discussions and decent decisions in the future.

After Australia has had months of discussion about the death penalty for the two young men convicted of drug smuggling in Indonesia, the men, along with others were still executed.

Meanwhile across the world, the death sentence was pronounced on another young man in the United States guilty of the Boston Marathon atrocities. Crime and punishment is a conversation civilised societies need to have although definitive answers may never be found.

Acrid smoke and burning flesh
Pools of blood
And mangled bodies
A leg here, an arm there
Silence more shocking
Than anguished cries

No matter what they find
There are no answers to satisfy
Grieving family and friends
Mollified mothers, furious fathers
Stunned siblings all scream – Why?

We learn about anger
Frustration, pain and love
But most of all
We witness courage.

The motivation for such havoc
And hate, a well of horror
Too sad to contemplate. 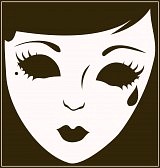 This past week I’ve grieved over the loss of another workmate from the past and friend. At his funeral I saw and heard the effects of living and ageing on others, as we became reacquainted and reminisced. (One of the most important aspects of the celebration of a life no longer shining.)

My daughter too grieved over the tragic death of one of her friends – a much harder dimming of the light to accept because the young woman was only 27 years old.

And in amongst our struggle with personal pain, global tragedies already mentioned, and others in the far flung corners of the earth,  exploded in the media. Tragedies of such proportions, a mere flicking a switch on television or radio can’t turn off the tortured faces imprinted on hearts and minds.

There’s been a lot of weeping in our house in Mordialloc, not just for friends, but for humanity. We have no word in English for a parent who has lost a child but we have widow and widower. We have no special word for someone who has lost a special friend. Bereft, bereavement, grief – words used in a general way, but do they encapsulate the devastation, the permanent change in personality, how we really feel?

We find a place for what we lose. Although we know that after such a loss the acute stage of mourning will subside, we also know that a part of us shall remain inconsolable and never find a substitute. No matter what may fill the gap, even if it is completely filled, it will nevertheless remain something changed forever…

I am privileged. I can participate in the funeral rituals I know to honour those I love and say farewell, but where is the individuality of death for the victims of bombs, and capsized refugee boats? Who will mourn. How do you make sense of the horrific images on our screens?

I have no answers, but in the future, when I have returned to the earth, ‘dust to dust, ashes to ashes’ and my name a mere memory, or even forgotten, perhaps my words will survive as a record of how I experienced life, what I observed, how I felt, how I cared.

The pen is the tongue of the mind.