“The most important things are the hardest to say. They are the things you get ashamed of, because words diminish them — words shrink things that seemed limitless when they were in your head to no more than living size when they’re brought out. But it’s more than that, isn’t it? The most important things lie too close to wherever your secret heart is buried, like landmarks to a treasure your enemies would love to steal away. And you may make revelations that cost you dearly only to have people look at you in a funny way, not understanding what you’ve said at all, or why you thought it was so important that you almost cried while you were saying it. That’s the worst, I think. When the secret stays locked within not for want of a teller but for want of an understanding ear.”

Friday 13th, unlucky for some, but today, March 13, it is my Dad’s birthday. If he’d lived he would be 93 and would be expecting a Tattslotto ticket in at least one of his birthday cards because 13 was his lucky number. 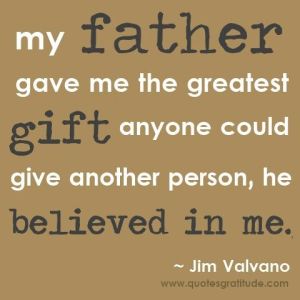 Dad had 13 letters in his name – George Taylor McInnes. He was born on the 13th March 1922; the thirteenth child in his family. I grew up with those statistics being recited regularly, but knew from my Irish Mother that the rest of us would not be so lucky with the number!

In fact, one Christmas Day, when Mum realised there would be 13 around the table, we had to telephone friends until eventually my young sister, Rita, found someone able to come at short notice, otherwise Mum would have sat in the kitchen eating her meal alone. Rita’s friend Louise saved the day and enjoyed two Christmas dinners.

Irish Mum had other superstitions to avoid disaster:

Other beliefs were crossing the palm of any baby you meet with silver (Mum had a store of 50 cent pieces for just such an occasion), inserting a coin if you give a purse or handbag as a present, and exchanging a coin if you ever receive a present of a knife or anything else that has a sharp edge – this even applies to brooches. And of course the well-known ‘must haves’ for a bride ‘something old, something new, something borrowed and something blue.’

Dad was not superstitious, but indulged Mum, discretion being the better part of valour! He died in 2005 and I think of him every day and know that he loved me and my brothers and sisters unconditionally. He had his flaws, but was a good father and how I wish I could pick up the phone tomorrow and wish him a  happy birthday!

I gather together the dreams, fantasies, experiences that preoccupied me as a girl, that stay with me and appear and reappear in different shapes and forms in all my work. Without telling everything that happened, they document all that remains most vivid.

A Pause in Time

A blast of night air penetrates the cocooned warmth of the bed. I shiver and pull at the dishevelled blankets, then roll over to seek comfort from my older sister, Catriona, who sleeps undisturbed in the three-quarter sized bed we share. Long black ringlets cover her face except for a gleaming white pebble chin atop snugly tucked blankets.

I sneak another peek at the window. The yellowy-green chrysanthemums on the curtains still bear a lingering resemblance to the leering gargoyles of the nightmare that woke me up. Shadows cast by the dying moonlight and the glowing street lamp, create menacing monsters of the bedroom furniture.

Fear fuels my urgent whisper, ‘Treena, Treena please wake up,’ but the ramrod figure doesn’t respond. Despite the thudding of my heart, a murmur of familiar voices drifts through the partly open bedroom door and without hesitation, I scramble out of bed, dash for the doorway and slip through the narrow opening.

A short scurry to the staircase and my hand finds the comfort of the polished bannister. A filtered strip of moonlight from the landing window beams torch-like on the carpeted stairway. I descend on tiptoe, avoiding the stairs that creak, until the smell of cooking and promised warmth seeping from the kitchen, spurs a race to the bottom.

The icy coldness of the waxed linoleum of the lobby floor ends my flight and has me gasping in shock. If only slippers could magically appear. Hand-me-down floppiness unsuitable for silent speed, but so necessary as another Scottish winter day begins.

Breathlessly quivering, I gently twist the kitchen doorknob and push, squinting at the harsh incandescence of the naked light bulb, suspended from the whitewashed ceiling. Mum materialises beside the stove, stirring porridge in a large aluminium pot. Dad sits nearby, his folded arms resting on the grey Formica table; his newly scrubbed face ghostlike above soot-stained railway overalls. He senses my presence and stops mid-sentence, turning toward the cold breeze I’ve let in from the hall.

Our eyes meet. Smiles a mirror match. ‘Come into the warmth little…’

With a knowing smile and without comment, Mum ladles porridge onto another plate. I bask in the joy of this attention; dip my spoon into Dad’s cup of Carnation Milk…

All too soon, the ceiling light vibrates as slamming doors, running feet and the flushing of the toilet, announce my three brothers are awake. Uneven thuds and bumps herald the usual morning competition as the boys race downstairs. A prolonged wail from baby Rita sends Mum hurrying up to collect the toddler.  Catriona still sleeps soundly.

Dad whispers, ‘here come the rest of the clan,’ and reluctantly places me on a nearby chair. Mum returns and so begins the breakfast melee that so enthralled Catriona’s friend when she visited. ‘Breakfast at your house is like a party,’ Wendy declared wide-eyed and envious.

I suppose it seemed like that to outsiders when the eight of us crowded around the table to eat porridge, toast and marmalade, or if it was the weekend, slice (Scottish sausage), egg and tattie (potato) scones. Unlike my parents’ Victorian upbringing when children were to ‘be seen and not heard,’ our mealtimes mostly noisy and cheerful affairs whether breakfast or supper. My parents’ mantra ‘don’t speak with your mouth full’ often ignored.

Although Irish, my mother cooked porridge the traditional Scottish way – soaking the steel-cut oats in water overnight and boiling in the morning, stirring with a wooden spoon to avoid lumps, and clockwise to prevent bad luck! The only additive, a sprinkling of salt.

I remember the shock of discovering on the migrant ship to Australia in November 1962 that others put sugar on their porridge! On P & O’s SS Orion other choices were tastier, the ‘snap crackle and pop’ of Kellog’s Rice Crispies and the crunch of Cornflakes. Liberally spread with cold milk and sugar, breakfast cereal became an enticing alternative when we arrived to live in a scorching Australian summer. However, toast spread with Robertson’s Golden Shred Marmalade or Mum’s homemade bramble (blackberry) jam consumed a loaf of bread regardless of the continent! The Portuguese gave English the word

Liberally spread with cold milk and sugar, breakfast cereal became an enticing alternative when we arrived to live in a scorching Australian summer. However, toast spread with Robertson’s Golden Shred Marmalade or Mum’s homemade bramble (blackberry) jam consumed a loaf of bread regardless of the continent!

The Portuguese gave English the word marmelada and shiploads of the fruit-based jelly. The first imports considered a digestive or dessert and eaten at supper. By the 18th century, tea and toast with marmalade became the standard Scottish breakfast with Scottish manufacturers favouring bitter Seville oranges and creating their own recipes. I can remember Mum searching the supermarket shelves in Australia to buy the imported tangy Scottish marmalade she loved. Some of us, however, acquired a taste for the Aussie staple of yeast laden Vegemite with breakfast toast. Nutritionists insist breakfast is the most important meal of the day and I can still hear my mother’s voice admonishing us not to leave the house ‘on an empty stomach’.

She regaled us with the tale of my Scottish papa who in the ‘Hungry 30s’ had only a spoonful of jam to ‘break his fast’. My parents struggled financially most of their working lives but I never experienced real hunger, a testimony to their hard work, good household management, and Mum’s eye for a bargain ‘eking out’ meat, and seasonal fruit and vegetables bought on special. Childhood meals consisted of plain food, with breakfast the plainest meal of all, only varied at weekends or holidays if our much-frazzled mother had the time and energy.

Dad, always diligent, tried to do his best for the family – at one stage as a new migrant, working three jobs to ensure our quality of life. The pressure to always provide for our big family must have been difficult, but he never shirked the responsibility. A shift worker for most of his working life, his body clock had to adjust and adapt to mealtimes and sleep patterns that affected his health – no doubt there were times when he went to work exhausted yet he contributed to church and community life, was active politically and in the trade union movement. When he worked for British Rail in Scotland, he’d walk 5 miles in the snow to get to Ladyburn Depot to drive the first train out, and a similar walk home when he finished on the last shift.

All his life Dad showed a work ethic not many people can rival, but more importantly he was my mentor in so many ways. Full of wisdom, patience and encouragement, he also had a keen sense of humour and sharp wit. Some of the best memories I have are of family mealtime discussions and riotous practical jokes and laughter. I count myself very lucky indeed! 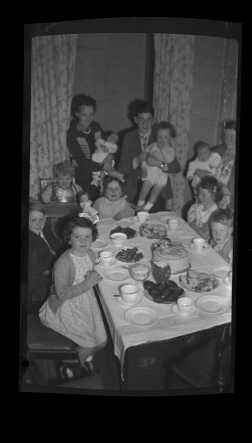