I love a sunburnt country, A land of sweeping plains, Of ragged mountain ranges, Of droughts and flooding rains, I love her far horizons, I love her jewel-sea, Her beauty and her terror – The wide brown land for me!

My Country: Dorothea Mackellar (1885-1968) and recited by the poet on Youtube 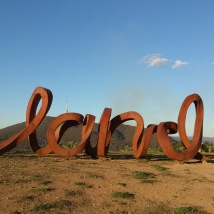 I have what is considered ‘a Celtic pelt’ and because of this ancestry and genetics I’m categorised as high risk for skin cancer. In fact I’ve already had one brush in 1983, which resulted in two Squamous Cell carcinomas being removed.

I had just turned 30, had an overseas trip planned with my soon-to-be-husband John, so took the diagnosis in my stride – partly because it all happened so quickly and unexpectedly. My efficient GP, Dr M, now retired,  sent me to a plastic and reconstructive surgeon, Mr K whose excellent ministrations left almost undetectable scars.

In fact, what I remember most about the experience, apart from relief it wasn’t melanoma, was the follow-up visit, to give the ‘all-clear’. The surgeon showed me a photographic album of reconstructed noses. He offered a discount saying, ‘I can make you beautiful, you don’t have to go through life looking like that…’

Well, what could I say?

I refused his offer, of course, John and I being perfectly happy with the nose I’d been born with, plus even with a discount, the price would have meant cancelling our forthcoming overseas trip – and that wasn’t going to happen – I’d had enough surgery and pain.

However, like all writers I mined the experience and entered one of the first writing competitions held by the Anti-Cancer Council of Victoria, in 1995 and my short prose, Beauty is More than Skin Deep, was chosen to be displayed at the Daffodil Day Art & Literary Exhibition, Melbourne Central. I met the late Bryce Courtney who was one of the judges and an Australian author at the height of his popularity.

The competition was a good exercise in writing to a word count and to a theme, but it also made me more aware of skin cancer and the need for prevention. When John and my daughters accompanied me to the launch I didn’t realise how confronting the day would be – the poems and stories had been printed on giant posters and decorated the walls of a very busy section of the shopping centre. Talk about putting your work out there!

In 1998 I had two more stories published under the auspices of the Anti-Cancer council’s Daffodil Day Awards, but this time in a book, Together Alone – slightly less confronting than having posters on a wall.

Today I nurse a throbbing toe and await the result of a biopsy because I’ve had cause to revisit my skin cancer experience. I’ve received exceptional care from  the Peninsula Skin Cancer Centre who are being on the safe side, but it’s a timely reminder of the following facts:

As the Sunsmart campaign insists “Australia has some of the highest UV levels in the world: in fact UV radiation is strong enough to cause sunburn in just 11 minutes on a fine January day.”

It is common for people in my age group to worry about skin cancer, a lifetime of sun exposure and some unwise and risky behaviour in our youth guarantees many of us will have the unglamorously named barnacles, or sun spots, freckles and moles.

Fortunately, my brush with skin cancer made me more aware as a mother, and my children had the sun smart message reinforced by the popular Slip Slop Slap Campaign, which this year celebrates 35 years protecting Victorians. The girls never played outside without sunscreen, a hat, and their shoulders covered.

This video was made on the 30th anniversary and brings back many memories of one of the most effective public health advertising campaigns in history. Armed with statistics and personal experience I campaigned for my daughters safety when they went to kindergarten and school. Long after my children left, the local kindergarten still distributed copies of an article I wrote on the importance of being sun smart. When my children went to school, I wrote letters and campaigned for compulsory hats, altered sports timetables and changed lunch breaks. Words can be powerful and make a difference!

The Cancer Council of Australia encourages people to become familiar with their skin, including skin not normally exposed to the sun.  Please consult a doctor if , like me,you notice any change in shape, colour or size of a lesion, or the development of a new lesion.

My latest escapade may prove to be a keloid scar injury or  a wart, or something more sinister, but I am being pro-active. I may also write creatively about it!

4 thoughts on “Sun Facts and Why Australia, the Sunburnt Country may Not like You!”