“There can be no keener revelation of a society’s soul than the way in which it treats its children.”

There has been a lot of talk this week about crime and punishment and the rights and wrongs of government sanctioned killing by administering the death penalty. Two Australian citizens, Myuran Sukumaran and Andrew Chan, part of the infamous Bali Nine face execution.

The mothers of these young men, their families and many in the wider community are devastated and in parliament there were emotional pleas and a unanimous vote for the Indonesian President to grant them clemency. Amid this bipartisan anguish the Human Rights Commission report into Children in Immigration Detention, The Forgotten Children National Inquiry 2014 was released by the Federal Government, although the Attorney General, George Brandis received the report in November 2014.

Australia is treating almost 1000 children as though they were adult criminals. The report is confronting reading, but there is no bipartisan outrage or rush of compassion for these children and their families because both major parties have mandatory detention as policy and have done since The Tampa. 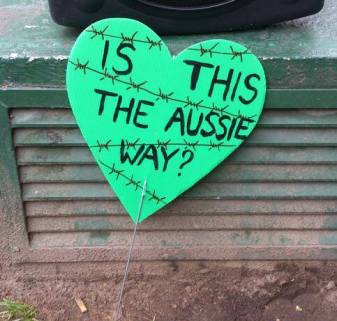 “Mandatory sentencing – which I prefer to call compulsory jailing – is a nasty insidious creation of our generation that not even the convict settlement introduced. What is more – compulsory jailing legislation expressly abandons the internationally agreed principle of imprisonment as a sanction of last resort, with priority given to other interests.”
“We are now the only developed country in the world which practises indiscriminate indeterminate incommunicado detention of asylum seekers. Alone of all countries in the world, including Canada, the United States and the nations of Europe and Scandinavia, we have indiscriminately detained all of them – the elderly, the children, the sick and the pregnant – at a cost by the way of around $50,000 per person per year….”
May 2001 – The Hon Justice Marcus Einfeld (AO, QC, PhD) in a speech at the Jessie Street Trust Annual Gathering. Parliament House NSW
Transcript available at ABC Radio National Background Briefing (2 June 2001)

Thank goodness there is a groundswell of progressive and caring groups and individual activists determined to challenge the politicians. One of the most recent is Grandmothers against detention of Refugee Children.

As grandmothers we are in a unique position to bring intergenerational insight into the very special needs of children. We believe that for Australia to incarcerate refugee and asylum seeker children is unconscionable. We find it imperative to stand up and be counted in defence of these vulnerable children. 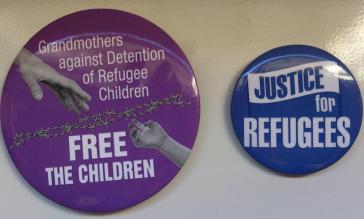 The women who came together at the inaugural meeting were concerned about the impact on brain and social development of traumatised and detained children knowing development impaired can be repaired, but children in detention have no access to appropriate facilities. Instead they are crammed into confined and bleak living quarters. In Darwin, the detention centre does not even have safety rails on bunk beds used by young children.

About 70 friends networked and gathered at an initial meeting in Fairfield (one lady even attended from Frankston). The women, from fields of childhood education, or those affecting the development of children, were versed in the appropriate environments which allow children to flourish. Outraged at children being detained; aware of how harmful mandatory detention is for adults, and appalled at children being locked away indefinitely with no idea of what decision could be made about their status, motivated the group to action. The commonality was the horror at children being mistreated. By August last year the  group numbered 200. In 2015, their supporters are in the thousands.

Recognition of the damage to the mental health and wellbeing of these children, and others in detention is not new, but those in power have spent over a decade not listening:

“….the truth of the matter is that 85% of these people will become Australian citizens, or at least be released into the community on temporary protection visas.
And I believe that we’re taking survivors of some of the most ruthless political regimes and destroying what little resilience they have left.
And we’re really breaking people and making it extremely difficult for them to make an ongoing productive contribution to Australian society.
And I suspect that this is going to place a large burden on the health system, as people get released from detention.
And there’s already substantial evidence to support that in services being provided to some of these people after release.

By highlighting the inhumanity of mandatory detention Grandmothers Against detention of Refugee Children hope to influence Australian citizens and politicians to action and avoid creating a generation of children with terror and hate in their heart. Churches have been supportive allowing their premises to be used free of charge for meetings and in September last year I took part in a sobering and poignant protest the group organised in the city centre.

A makeshift cage and hundreds of dolls represented the children detained. Passersby were asked to ‘free’ a child and sign a letter to their local member of parliament.

A young man spoke about his experience escaping the Taliban, of spending four years in detention on Christmas Island. He has excelled at school after being granted refugee status and aims to study medicine to give back to the community.

Sadly, as he spoke abuse was yelled from a passing tram. I fear it is these loud, xenophobic, angry voices that determine the policy of our government.

Although there is hope when the Sydney Morning Herald champions a change in policy by repeating troubling questions raised by nine Christian denominations in their report on immigration detention titled Protecting the Lonely Children, July 2014.

The Herald believes detention of children is a vastly disproportionate policy response to stopping boats, and that treating children humanely would hardly affect deterrence. They have suggested the current government is trying to ‘shoot the messenger’ instead of accepting the need for dramatic changes to the treatment of asylum seekers, especially children.

Anna Burke and Melissa Parke are two Labor members of parliament who have voiced the need for the ALP to change their policy on refugees. Anna Burke spoke at the AGM of the Union of Australian Women in November 2014  and agreed that accepting and supporting asylum seekers is just the right thing to do! 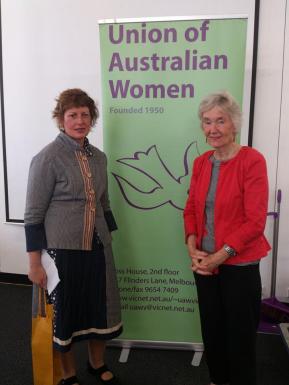 There is a refugee crisis throughout the world, but not for us. Worldwide it is a huge issue creating a humanitarian crisis in the Middle East, and even Europe, but this is not impacting on our borders. The issue should never have become a political football or divisive issue. Refugees are human beings.

Prime Minister John Howard created ‘the other’, scaring people, waging a campaign, which led to fear and loathing and the demonisation of people attempting to find a safe country. At the time I wrote a short story Stormy Passage published in Byways an anthology by Bayside Night Writers as a creative writer’s response to a terrible situation. (It can be read here Stormy Passage, a short story) 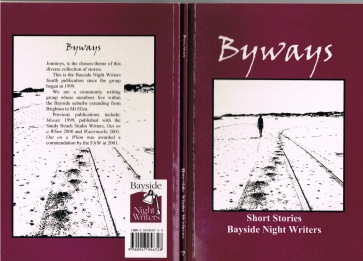 Both main parties have raced to the bottom on the issue ever since Tampa,  manipulating and politicising an issue that should be free of party politics. Australian voters should seek a bipartisan solution.

There are changing dynamics within the world. Not all those fleeing are economic refugees, or fleeing starvation or conflict. There are anomalies, but everyone has the right to flee persecution and fear. The United Nation’s figures suggest over 50 million people are displaced and seeking refuge – a world record. There are more Syrians out of Syria than remain there! In our region we need to acknowledge and deal with why Tamils and Hazaras still need to flee.

Seven million people seek asylum, but most just want to go home. If internal conflicts are solved most would return home. 3% of those 7 million seek to come to Australia. Most Tamils first preference is Canada because there is a large Indian community there. Of the 3%, Australia takes 13,000 as our humanitarian quota. The ALP policy pre-election was to increase this to 20,000 – it has never been increased.

Canada, America and Australia are the only 3 countries who will take refugees who have made transitory stops. The crisis in Africa and the Middle East is flooding Europe with refugees. Climate change will result in many more refugees, especially in the Pacific. New Zealand already is dealing with this and an increase in the number of Pacific islanders seeking refuge. Australia must face reality and discuss our responsibilities in this global crisis.

This is not an easy issue and politicians have a fear of electoral backlash, but I hope for the sake of the children in detention politicians of all political persuasions will find their moral compass.

“No longer can we turn a blind eye to the sexual, physical and psychological abuse that these policies of indefinite detention are inflicting on children.”