‘Fill your paper with the breathings of your heart.’

Today, as I walked along the foreshore with my ‘gypsy’ daughter I realised how privileged we are to live in Mordialloc; my home for over 30 years. The bayside setting has inspired me to write poetry, prose, plays, memoir and a mystery novel – alas, the latter still unfinished! 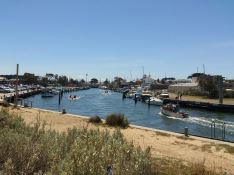 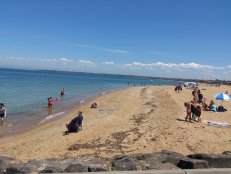 The Creek and seaside has a long rich history especially before white settlement. Mordialloc Writers’ Group celebrated this in our fifth anthology, A Rich Inheritance, published 2007. 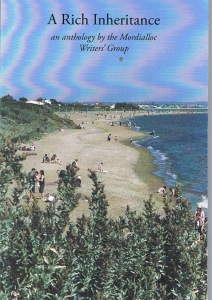 A village-like atmosphere still exists in Mordy although there is a constant struggle against property developers and those who want to replicate St Kilda and even Queensland’s Gold Coast. High rise development would destroy our lovely foreshore. Fortunately, those who value our environment still outnumber those who don’t, plus we have some excellent associations with a long history of  protecting our parks and the beach.

Mordialloc-Beaumaris Conservation League has worked hard since its formation in 1969 and local resident Mary Rimington OAM, a prolific letter-writer to the newspapers and politicians, ensures residents are informed on issues of sustainability and the need to protect  the environment. Now, in her mid 80s, Mary is still a community gem with a caring heart and discerning mind; losing none of her determination to fight for the community in which we live! 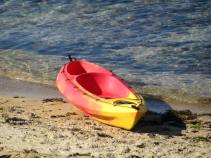 Beach Road shadows the foreshore and in the summer, cars, motorbikes, and bicycles, as well as the usual buses, jam the thoroughfare as if it were a major highway. The blare of car horns and occasional angry words punctuate the normal traffic din as people journey to and fro, seeking the fun and enjoyment of warmer weather. On a weekend when cyclists race between Frankston and St Kilda tempers have been known to flare at the behaviour of some dubbed as ‘lycra louts’.

Haiku inspired by the sea…

The walking trail parallel to Beach Road becomes crowded and sometimes dangerous with family cyclists, dog walkers, joggers, parents pushing strollers, keep fit enthusiasts and tourists ambling the track to soak up the beauty of the bay. Although Australia, one of the driest countries on earth is considered a sunburnt country and land of ‘droughts and flooding rains’ most of the population has settled on the coast and can identify with the sea.

In 2010, I took part in an amazing project organised by the Red Room Company of Sydney that became Sea Things Online Exhibition. Poets were invited to write about the sea and I took a bundle of submissions from the writer’s group and class at Mordialloc, met with other poets down at the docks and presented the poems to the captain and crew of a huge ship. The poems were put in the Captain’s postbag and freighted all around Australia, added to by other poets wherever the ship docked. The bag eventually opened at a special ceremony in Sydney and poems posted online. A fabulous writing exercise, but also building a sense of community. Down at the docks I met Avril, another poet from Frankston, and we keep bumping into each other at book launches for anthologies where our poems have been included. The experience of being on the bridge of the ship with a view similar to the rooftop of a multi-storey building certainly a day to remember  – and write about! 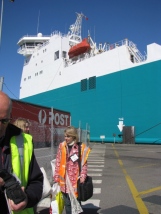 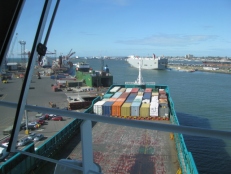 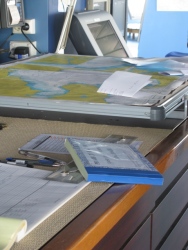 For many locals, including me, the beach on a very hot day is better avoided; instead the evening or early morning become favourite times to walk the foreshore, or the cooler days, when a winter breeze chills the air and spasmodic rain enlivens the scent of tea-tree, eucalypts and banksias. In cooler months, the population of Mordialloc returns to normal levels; the sandy shore and paved promenade dotted with only a handful of people – mostly dog walkers tracing their path along the water edge, health fanatics, or tourists visiting locals.

Memories of the beach provide many experiences to use in writing, especially adding the senses: being rocked in the slight waves, walking and getting soaked to the seat of my pants by an expectedly deep wave slapping my ankles trying to drag me seaward, splashing in shallows and feeling the sand shift, grit between my toes, the crunch of shells, the pong of seaweed, the squeal of gulls, the taste of salt, watching a sunset from the pier, and serendipitously running into friends who happen to be enjoying the breathtaking beauty too. We chat and share stories as part of a community, appreciating the feeling of belonging. Life can be unexpectedly kind and beautiful, just when you need it most.

Lying on the beach
waves roll over me,
smoothing
Life’s pain

the warm waves
caress and massage
manipulating
moulding
malleable me

until colder waves
carve and chip,
with each sharp
intake of breath
a new shape emerges

One thought on “A Stroll by the Sea Inspires: A Carousel of Sand, Surf, Shells, Sea Gulls, Sail and Serendipity…”